A True Crime Read for Runners! 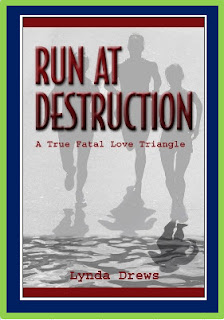 Oh what a tangled web we weave. Are you an avid runner? Are you and avid reader? Do you like mysteries? who-done-its? true-crime? If so, then I have just the book for you.

I'm a lover of fiction and my favorite books tend to be legal thrillers and mysteries, but I've never ventured much into true crime. That is, until I discovered Lynda Drews' new book Run at Destruction. Lynda, a runner and Wisconsin native, has written an in depth account of the shocking and unexpected death of a runner—Pam Bulik—in 1980s small-town Wisconsin.
The plot line of Run at Destruction seems more like a movie of the week than a real-life story. It has all the elements of a Hollywood saga—a small-town setting, a young couple (teachers) devoted to each other and to their love of running, an unfaithful husband, a secret love affair, and a tragic unexplained death.

Without spilling too many beans, Run at Destruction is the story of what appeared to be a loving couple—Pam and Bob Bulik—who were avid runners and very active in the local running community. As in many marriages, something goes awry and Bob seeks the affections of another woman. This story takes a detour when the wife (Pam) is later found dead. The problem is how did she die? Was it accidental? Suicide? Negligent homicide? Premeditated murder? 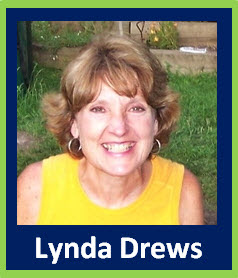 Instead of merely recounting the events of the case, Drews pulls the readers into the story and into the 1980s heyday of running. While reading the book I had the strongest urge to don a terry-cloth headband, a pair of gym shorts with white piping, and a pair of athletic knee socks with the strips at the top! You see, the reason Drews is able to pull you in with such vivid detail is because she was there. Pam Bulik was Lynda Drews' best friend.

Like a road race, Drews writes in such a way that starts with a steady pace and then ramps it up as she nears the finish. She begins with the disappearance of Pam and takes you all the way to the courtroom drama and sentencing of Pam's husband, Bob. Even though Bob is sentenced, there are still a lot of unanswered questions. You'll have to read the book to answer those questions for yourself.
Posted by RunnerDude at Tuesday, August 04, 2009

This sounds great! I'll have to get a copy and read it.

I'll have to check this out! Thanks :)

Thanks for the suggestion, I'll have to read this book. :) Love mysteries and running.

Hey Dean! Yep, I think you'll really like it. Ann Rule even give it a good review.

Hey Zoe! Welcome to the blog! This book sounds perfect for you!

Thanks for the suggestion. I just ordered this book for my mother-in-law who loves true-crime books. I plan on reading it first before I give it to her.

Hey Shoreturtle! I think you'll both love it!