Running Is So Much More Than Running 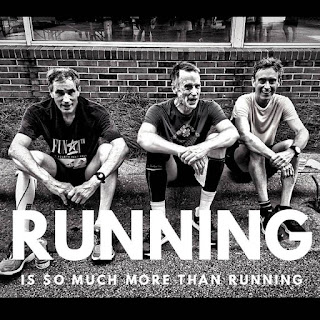 A recent article in the New York Times, says running may even be socially contagious! The article is about recently published research by the Massachusetts Institute of Technology's Sloan School of Management on how runners are affected by other runners on running data collection sites. The article didn't disclose which data collection site was used, but I'm assuming it was one like Strava, Nike, or MapMyRun. Over a 5 year period, researches gathered data from about 1.1 million runners from all over the world. Collectively runners in that time period had run about 225 million miles.


The research showed that similar runners tended to cluster as friends on the data collection site. Also, if one friend ran more than the others, then a spike in the others' running was observed.

Basically, members in these unofficial circles would work to keep up with each other. Weather conditions didn't seem to matter either. If a runner ran more in one part of the country, a runner in another part of the country would run more (not necessarily more than the other runner, but more than he/she had previously run) even if there were adverse weather conditions.

Personally, I use Strava to upload and keep track of my running data. It's been fun making friends around the country on Strava, keeping track of what others are doing. Strava (and I'm sure the other sites do it too) also provides challenges for runners to strive for such as running a certain race distance, running a certain number of miles in a month, etc. It's all healthy competition whether it's with yourself or with others. But, nothing, in my opinion, beats the camaraderie of a real "in-person" running group. While the online sites provide some incentive to run harder to keep up with your buddies, a real-life running group provides life-long friendships, support, motivation, and inspiration that cannot be matched in any other forum. Running is so much more than Running.

Ever had squeaky running shoes? This home remedy might just be the quick fix you need!