Runners Around the World: Amazing Locations and Accomplishments 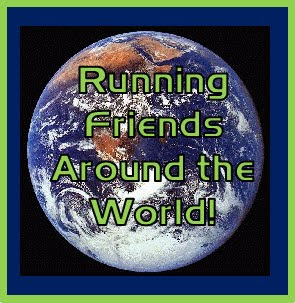 It never ceases to amaze me the number of visitors that come to the blog from all over the world. This morning I checked and there were readers from Morocco, United Kingdom, Sweden, Czech Republic, Canada, and Australia. At other times, there have been readers from China, India, Kenya, South Africa, Brazil, Mexico, Singapore, Ireland, France, Italy, Spain, etc.

It really is an awesome thing to have something in common (running) with someone halfway around the world. Through the blog, I've met awesome people such as Jeff in Canada who is an awesome wheelchair athlete and the founder of the Boiling Point Wheelchair Track Classic and Nathan who I first communicated with while he was stationed in Afghanistan. Nathan has since returned to the states and is running triathlons. And then there's Phil in Northern Ireland, Otto in Mexico, Christine in Canada and the list goes on and on. I may never meet these people in person, but they are treasured friends none the less.
All of this worldliness got me to thinking. Wouldn't it be cool to run around the world? I've heard of people running across the United States. Charlie Engle lives just down the road from me. He's the amazing endurance runner that ran across the Sahara Desert. But, what would it take to run around the world—in miles that is? I Googled this question and I discovered that RunThePlanet.com is actually sponsors such a challenge. The total mileage is 24,881 miles (40,043 kilometers). If you ran 10 miles a day, it would take you 6.8 years to complete the task! If you're interested in taking RunThePlanet up on their challenge, check it out at their website. Over 30 runners are currently enrolled and one person has actually completed it—Dave Kunst. His journey with his brothers is quite an amazing story.
Some other great places to connect with runners across the U.S. and from around the world include social running sites like Athlinks.com, SeriousRunning.com, DailyMile.com , and RunnersLounge.com.
Where are some unique locations you've run? What's the longest run you've done to date? What's your total cumulative miles? Have you accomplished an awesome challenge such as running across your state? Running the Appalachian Trail? Running Badwater? 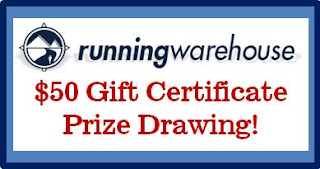 RunnerDude would love to hear about your worldly running stories and unique accomplishments. Email your story and a picture (jpeg format) of yourself to runnerdudeblog@yahoo.com by midnight on August 31st. Be sure to enter "Around the World Contest" in the email's subject line. Your email will be entered into a prize drawing. The great people at RunningWarehouse.com have graciously offered a $50 gift certificate to the winner which will be announced on September 1st. The winner's story will be featured on the blog first, but eventually all the stories will be a featured post.
Posted by RunnerDude at Friday, August 14, 2009

Email ThisBlogThis!Share to TwitterShare to FacebookShare to Pinterest
Labels: challenge, contest, run across the world, Runningwarehouse

I hope you read a lot of interesting stories of people running around the world. I love your blog and the language you use is always--ALWAYS--family friendly--Thank you so much for that.

Hey Becky! You are most definitely welcome! I have three kids and know that there are some teens and young adults that read the blog so I try to keep it readable for all. Appreciate the feedback!

The marathon that I have in my sights is the Niagra Falls International Marathon, it is the only international marathon in the world. Your bib serves as your passport, as you start in NF, go into Canada, and back into NF. How cool is that?

Goes to show what a small world it is after all and that running is universal. So many amazing and incredible athletes. The human potential is indeed endless and boundless.

Can't wait to read the stories!

Hey Molly! That sounds like an awesome race! Be sure to enter the contest!

I still haven't seen that running the Sahara documentary...I'm dying to see it!

Thanks for the mention Thad! Since I found your blog, I have been learning tons of stuff that fits great with this new passion of running! Part of my new goal of my first marathon is because of you and your pasionate writings.

I would love to meet you if we ever concur in a place, and of course, you are really welcome to Monterrey Mexico!

My history is not that interesting like any other of your readers, just that I found in running the passion that was missing in my life.

Keep up with the excelent job! You know that I love your blog and that I recomend it to every of my fellow runners :)

Hey Otto! Thanks for the kind words. Maybe one day we will get to meet a race. That would be cool. Who knows, maybe I'll make it to your neck of the woods someday. As far as history and interesting goes, that's all relative. You're a runner embarking on a new adventure...the marathon. Now that's interesting! Thanks Otto!