Planks are an effective way for runners to build core strength. However, as effective as they may be, they can also be rather boring to do. The following is a twist on the traditional front plank that decreases the boredom and increases the difficulty level.

To being, position yourself in a front plank with your hands resting on a mat and both arms fully extended. Extend your legs behind your (knees locked) with your toes resting on two glider discs (paper plates work well too). Check to make sure that your mid section isn't hiked up (your butt should be in line with your shoulders and heels). Keeping your body in a straight diagonal line, bend your right elbow until your forearm is resting on the mat. Then do the same with the left arm. As you bend your arms your body will slide back on the glider discs. Then, engage your core and extend your right arm then left arm (your legs will slide back in) until your back a the start position with your arms fully extended. Repeat this motion for 15 seconds, then switch to lowering the left arm first followed by the right for another 15 seconds.

For a better visual of the exercise, check out the video clip below.

The core is the power source of your running. Within the core is the spine, the hub of life for the central nervous system. The prone cobra exercise below helps improve your ability to stabilize your spine. Spine stabilization is essential to any sport and running is no different. Not only does this simple but awesome exercise help with spine stabilization, it also works the entire core, including the lower back, your abdominal muscles and hip muscles. The upper-back between the shoulders also gets some action.

To do the exercise, lie facedown on a mat with your arms by your sides and your legs straight behind you. Next engage your glutes and lower back muscles to lift your legs off the floor while simultaneously lifting your head, chest, and both arms up off the mat toward the ceiling. Hold this position for a 3-count. Then relax as you return your legs, arms, chest, and head back to the mat. That's one rep. Continue 3-count lifts for 30 seconds. 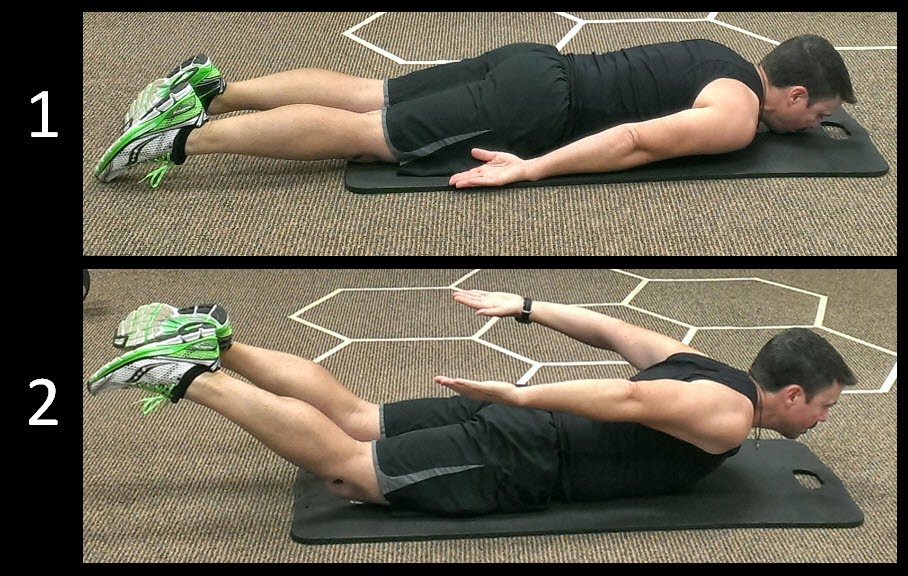 For more exercises for runners, check out RunnerDude's new book
Full-Body Fitness for Runners.
Posted by RunnerDude at Tuesday, May 20, 2014 No comments: 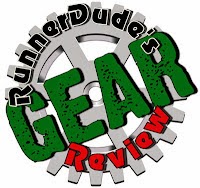 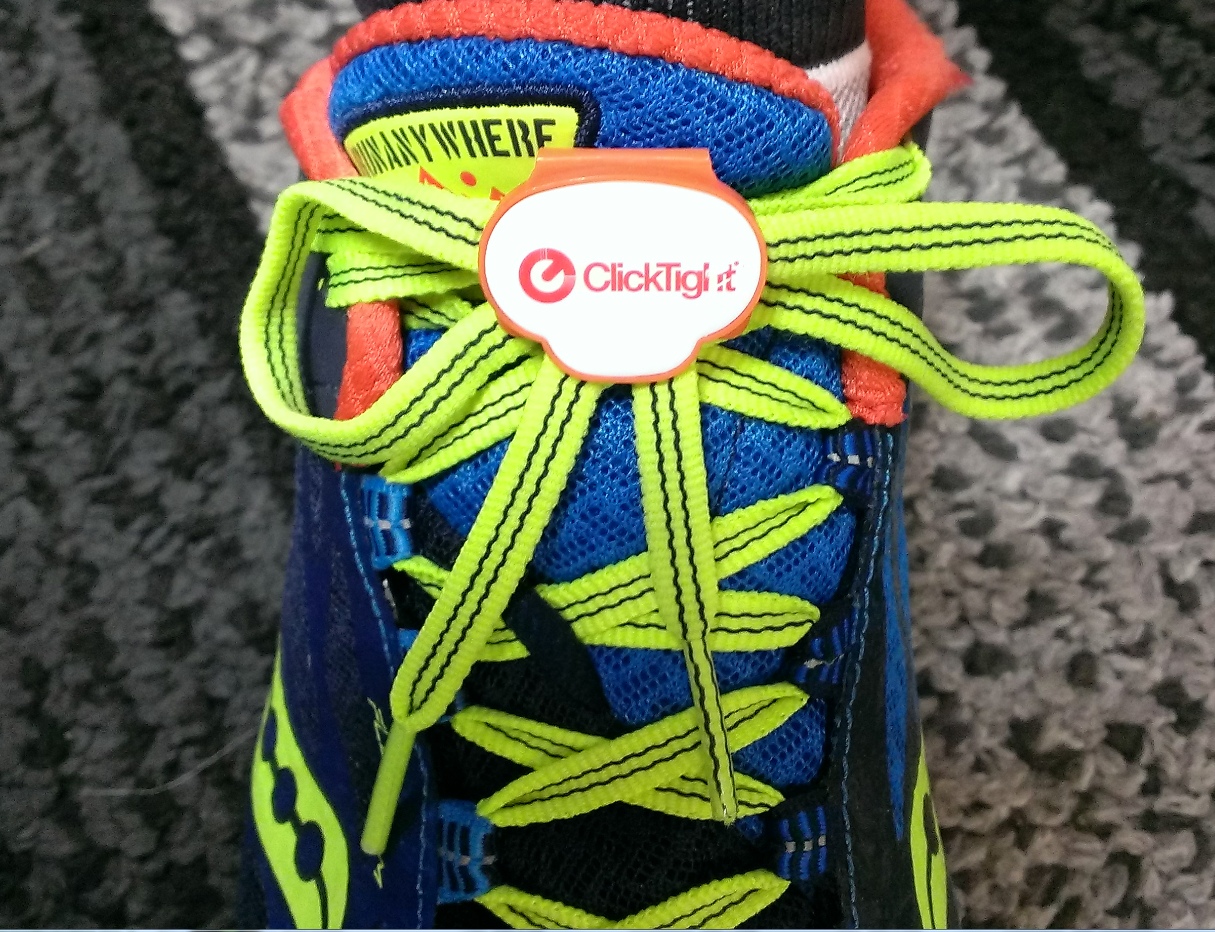 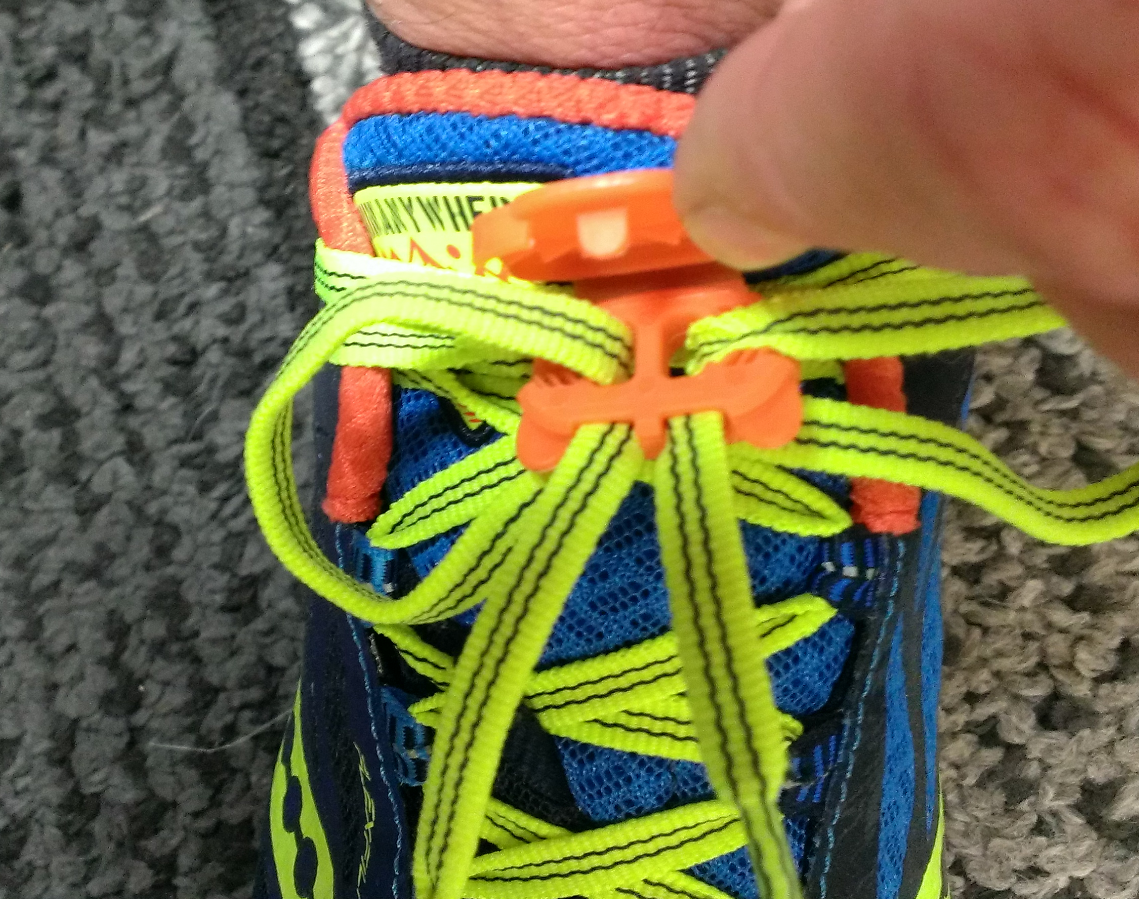 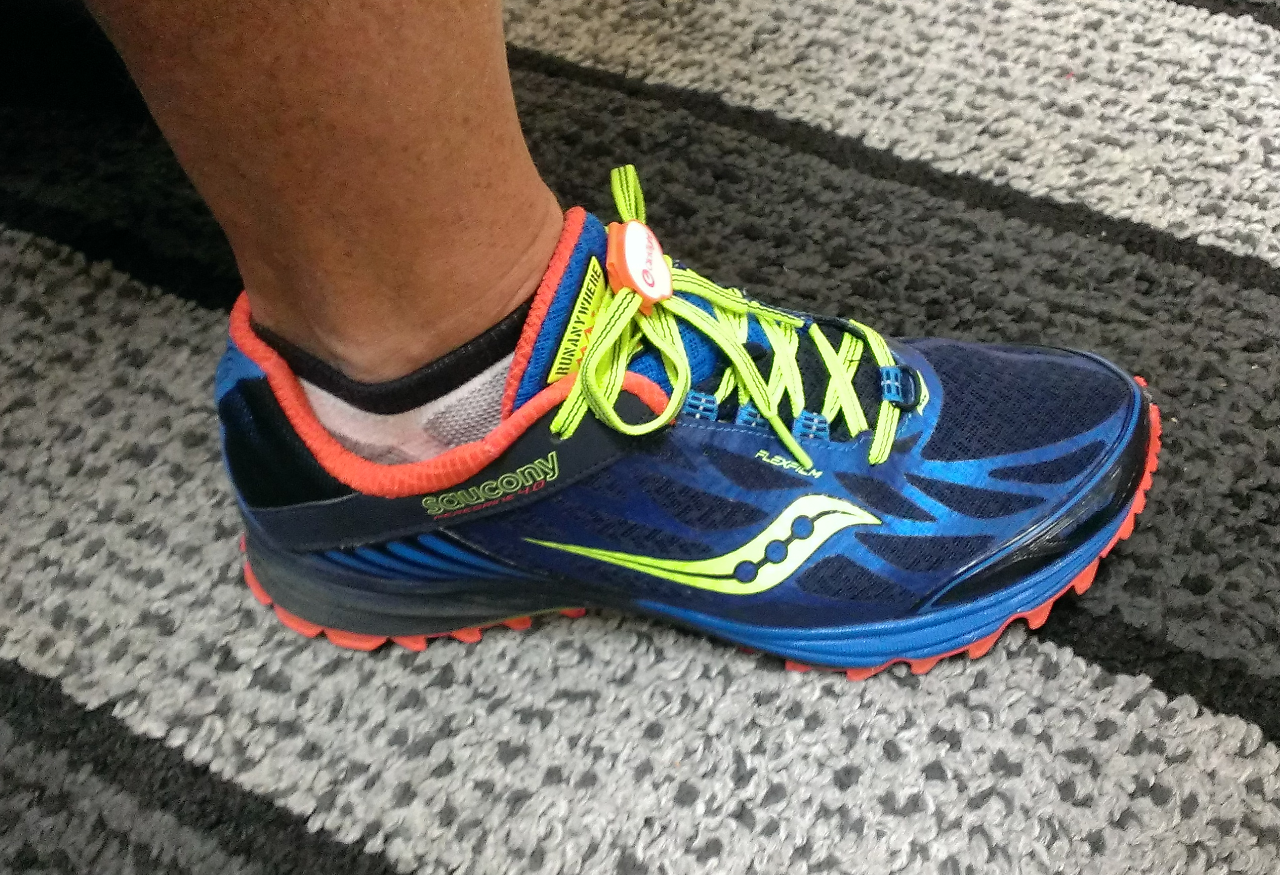 Often overlooked, the upper-body plays an important part in helping maintain good running posture. This is particularly true on longer runs. The more muscular endurance a runner has in the upper body, the longer he/she will maintain good posture delaying the onset of fatigue.

To do the exercise, grasp the handles of a resistance tube. Step on the center of the tube with both feet. Begin with your hands down by your thighs (1). Keeping the arms fully extended (no bend at the elbow), raise both arms straight in front of you until they are parallel with the floor (2). With controlled movement, lower your arms back to your thighs. Keeping your arms fully extended, raise both arms out to the side until they are both parallel to the floor (3). That's one rep. Shoot for 10-12 or 12-15 reps.
Tip: For more resistance, stand on the tube with your feet wider apart. For less resistance, stand with your feet closer together or just stand on the tube with one foot.