Don't Throw the Baby Out With the Bathwater: A Diet Comparison 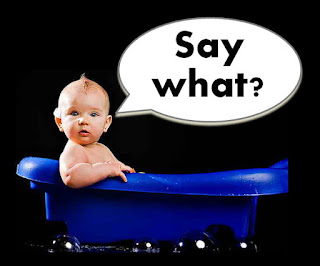 "Don't throw the baby out with the bathwater." Such an odd phrase. Actually has a German origin and can be traced back as far as the 15th century. According to Melissa Snell at About.com, baths consisted of a big tub filled with hot water. The man of the family bathed first, then all the sons, followed by the women, then the children, and finally the babies. You can imagine how murky and dirty the water was by the time the baby got a bath. By then the water was so dirty you could actually lose someone in it....and so the saying "Don't throw the baby out with the bathwater" was born.

This timeless saying is so applicable to the hundreds of fads that bombard us each year. When I was a 5th grade teacher (yes, I taught 5th grade for 8 years back in the dark ages), we'd spend months implementing a new educational program only to be replaced the following year by a new program, after being told that the previous years program was found to be ineffective. Then 5 years later we'd have a new program that was eerily similar to the program that was deemed ineffective 5 years prior. Which reminds me of another saying, "What goes around comes around."

But alas, the world of education is not the only victim of such antics. The diet world is often a victim as well. Back in the 80s all the rage was "low-fat" this "low fat-that." I remember when Baked Lays came out and they couldn't keep them stocked on the shelves. Then in the late 90s and early 2000s, the Atkins Diet hit the scene and fat was good but carbs were bad. Then lots of research came out about the adverse effects of completely removing carbs from the diet.

And now there's a resurgence of carb-removal with the Paleo Diet. The difference with the Paleo Diet is that it's based on the idea that Paleo man didn't eat grains so why should we. It goes back to the hunter-gatherer idea. Paleo man lived off the game it hunted and food it gathered such as seeds, berries, nuts, etc.  The Paleo man didn't eat grains, because they had not figured out how to grow and harvest them. Paleo enthusiasts also say that our bodies weren't meant to digest grains because that's not what early man ate.

Fad or not. I'm not here to bad mouth the Paleo Diet at all. I do take issue when Paleo enthusiasts that site the rising obesity rates and put the blame solely on carbs. Carbs do play a big part in the rise in obesity and diabetes, but branding all carbs as the evil culprit isn't accurate. More accurately it's the abuse of refined and processed grains found in many packaged breads, cakes, crackers, and candies. Lack of portion control is another contributing factor. Go to any Olive Garden or Macaroni Grill and the plate of pasta put before you would have served two if not three people 20 years ago. Lack of exercise and a sedentary lifestyle is an even  bigger contributor to the obesity rate and rise of type 2 diabetes in America.  Carbs from whole-grain sources eaten in proper portions are not the culprit.

The Paleo Diet (if followed properly) is much better than Atkins, because it does include carbs (just from fruits and veggies) not grains. If the Paleo diet is a manner of eating you want to explore and pursue, that's fine. I do chuckle sometimes, however, when my Paleo-diet-following friend tells me he had pizza the other night and when I ask how one can eat pizza on the Paleo diet and the response is that the crust is made with almond flour. (I'm sure Paleo man gathered almonds crushed them into flour for pizza crust. LOL!) 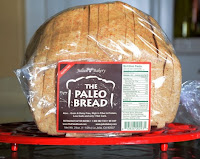 Anywho... I'm just here to say let's not throw out all other healthy ways of eating with the bathwater. For example, one of the healthiest diets with much more research and data to back it up than the Paleo diet  is the Mediterranean diet. I think this diet gets less hype because it's not as sexy. No "Eat Meat. Get Thin" ads to promote it. The other day I saw new brand of "Paleo Bread." Kind of reminded me of when all the Carb-free stores opened up (and soon closed-up) following the Atkins craze. I'm sure purist Paleo diet followers cringe at seeing "Paleo Bread" as much as purist barefoot runners when they see the newest minimalist running shoe on the market.

According to the Mayo Clinic, recent research involving over 1.5 million adults showed that following the Mediterranean diet reduces the risk of heart disease and is associated with a reduced risk of overall and cardiovascular mortality. The research also also revealed an association between the Mediterranean diet and a reduced cancer occurrence and cancer mortality as well as a reduced risk of Parkinson's and Alzheimer's diseases.

Nuts are also a big part of the Mediterranean diet. Nuts are high in fat, but most of that fat is not saturated and is healthy for the body. Of course here in the U.S. we have portion control issues. So, adding nuts to your daily diet doesn't mean eating half a jar of Planters. A serving size of almonds is about 1oz (or 25-30 medium-sized almonds). It's about what will fit in the palm of your hand. These nuts also are not candied, honey-roasted, cooked in oil, or heavily salted. Just good ole plain raw or toasted nuts. Try it. They're actually good that way.

Now here's where the Mediterranean diet differs in a big way from the Paleo diet......it includes grains. Typically these are whole grains that contain very few unhealthy trans fats. Bread is an important part of the Mediterranean diet. Keep in mind, these breads are whole grain (complex carbs). They're also not slathered with butter or topped with shredded cheese. It's often just eaten plain or dipped in olive oil. 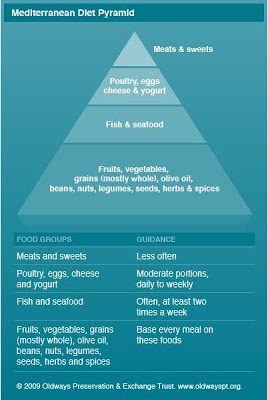 The Mediterranean Diet also includes a moderate amount of wine. "Moderate" means no more than 5oz of wine daily for women (or men over 65) and no more than 10oz of wine for men (under the age of 65). Low amounts such as this have been associated with reducing the risk of heart disease. More is not better in this case, however. More can increase the risk of health problems including the risk of certain types of cancer.

So, basically following the Mediterranean diet means eating your daily requirements of fruits and veggies as well as getting in those grains. Just make sure you switch to whole-grain breads, whole-grain rice, and whole grain pasta products. And be sure to get in that serving of nuts each day. Try incorporating more olive oil into your diet in place of butter. Cut back on the red meat and include more poultry or better yet fatty fish into your diet. Be sure to steer clear of fried fish and purchase tuna or salmon that's packaged in water instead of oil.

Dairy is important to the Mediterranean diet, but select low-fat dairy. Look for 2% milk-fat or lower. Low fat Greek yogurt is an awesome source of protein and calcium.

Not convinced? No problem. Like I said, sticking with the Paleo diet does have some benefits. For those that are allergic to gluten or may have Celiac Disease, the Paleo diet is a great option. However, if you suspect you have gluten-sensitivity issues or have Celiac Disease, go to your doctor and get tested before you go gluten free. The testing done usually involves a blood test where they look for antibodies that your body produces when you eat gluten. If there is no gluten in your body, then your immune system won't produce these antibodies and none will show up in your body.

Also, if you stick with the Paleo Diet be sure that you're eating lean cuts of meat (mostly fish and poultry). I've had several clients who've gone to the Paleo diet and then are surprised that their colesterol levels have risen particularly the LDLs.  You'll also need to make sure that you are eating those fruits and veggies. That's your only source of fiber in the Paleo diet. If you're eating the recommended amounts, you'll get plenty, but many I speak to are eating a lot more meat than veggies. Also, since the Paleo diet doesn't include dairy, you'll need to be sure to supplement your sources of Vitamin D3 and calcium. Women in particular need to make sure they're getting enough calcium. Calcium is vitally important in maintaining bone mass. For both men and women, calcium is important in making blood vessels and muscles function properly. Usually your source of calcium is from dairy and/or fortified cereals. With these removed from the Paleo diet, be sure to chomp on some TUMs or take another calcium supplement.

So, no matter your diet of choice, make wise decisions and check the bathwater before you toss it. 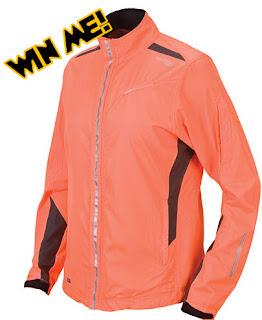 In January, I posted a review about Saucony's awesome new jacket, the Sonic ViZiPRO HDX, with the great nighttime visibility fabric, 3M reflective strips, and the awesome USB LED piping on the front and across the back of the jacket.

Now you get a chance to win the jacket! Saucony has been kind enough to provide one free jacket to give away to one lucky RunnerDude's Blog reader! The jacket comes in a men's and women's version (women's shown in picture).The jacket retails for $110!!

So, don't waste any time! Enter today! Winner will be annouced on the blog on Feb 17th!

See below to enter! Best of Luck!

a Rafflecopter giveaway
Posted by RunnerDude at Sunday, February 10, 2013 8 comments: