Why Do You Run? 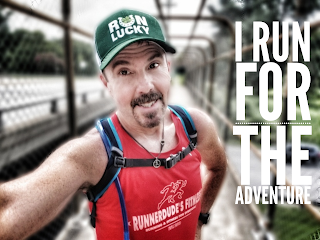 It's hard to believe I've been running for 35 years. I known so many people over the years who have tested the running waters, and have left the sport for one reason or another. Of course my job as a running coach keeps in running, but I have 25 years of running under my belt when I wasn't a coach. So what's kept me running?

Sure, I run for the health benefits. Sure, I run to help keep my weight in check. Sure, I run to help keep my 54-year-old self in shape. But I'm not so sure those are the main reasons I run. One reason I keep running is the awesome people I've met along the way. People like Ann Singer (Grannie Annie), who at age 50, overweight, under exercised, and wondering what she was going to do with the second half of her life until age 100, decided to start walking. It wasn't long before she took up running. By age 65 she had run at least one marathon in each of the 50 states! by age 70 she had run over 70 marathons!

And people like Mark Cooper from Scotland who in his 20s had been a 20-a-day smoker and heavy weekend-drinker. Then one day he decided without notice to stop all of the bad habits and get fit. Running appealed to him because of its low cost and the fact that he's always loved the outdoors. That was in 2007. In 2010, Mark ran 50 marathons in 56 days from Amsterdam to Barcelona in memory of his mom while raising 30,000 pounds for the Edinburgh Headway Group who provides support for people who have suffered head injuries or other acquired brain injury such as from a stroke. Mark's mom passed away in 1997 from a brain hemorrhage.

Another big reason I run is the sense of adventure I get from my runs. I know runners who run the same distance, same route several times a week and there is nothing wrong with this. I'm a big advocate for each runner getting what they need out of their own runs. For many who run the same distance/route it's due to convenience, schedule, and habit. Also, for many, running is solely for their health, so it doesn't really matter if the run is on a treadmill or on the same stretch of greenway.

For me, I go brain dead after running the same route over and over. It's like running on a treadmill. I need to be stimulated on a run and distracted by unique surroundings. I've run 15 marathons and one ultra-marathon. All but three were out of state, because I wanted that sense of adventure. Of the two instate, only one was an adventure--Grand Father Mountain. The other two were terrible runs for me. It really had nothing to do with them being in my state. There are some awesome races in North Carolina. But the other two I chose to run in NC had no sense of adventure. The one and only ultra I ran was 4 loops around a lake. Took me two years to return to that lake after the race. LOL! The other marathon I ran in NC was a marathon in the Triangle that had two out-n-backs on a greenway. The greenway was pretty, but the EXACT SAME VIEW for 26.2 miles. After a while, I couldn't tell if I was even moving foward, because everything looked the same. LOL! Other people love that race. Just wasn't my cup of tea.

NYC (x 3), Chicago, Honolulu, Baltimore, Richmond, San Diego, San Francisco, Twin Cities, Nashville, Marine Corps, Philadelphia, and Grand Father Mountain all provided an awesome sense of adventure for me. Whether it was from crowd support, historically significant routes, scenic routes, or a challenging route, these races kept me motivated mentally throughout the run.

I apply the same sense of adventure to my weekly long runs. Even though my normal weekly long runs take place in Greensboro, I rarely ever run the same route. Most of the time, I have no idea where I'm going. After running for 35 years, I've developed a really keen sense of distance. If I need to run 10 miles, 15 miles or more, I can mentally pretty much tell where to go in order to get in the miles without mapping it out. Only occasionally do I come up short or too long. I usually start my long runs from my studio and depending on the day, I may run north, south, east, or west, or somewhere in between. As a result, I've discovered some really cool parts of Greensboro. Parts I would have never discovered in my everyday life. I've learned so much about my city from my runs.

The annual event, RunTheBoro, that I've put on for the past 4 years in part came from my desire to explore and my desire to get other runners out and explore their city. During RunTheBoro, runners traverse around 90 miles of their city exploring 5 different greenways and around 25 different neighborhoods.

A while back I asked some of my Twitter friends why they ran. Here are some of their responses....