The Jr. Olympics Right in My Own Backyard! 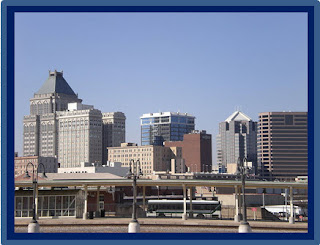 More and more, my hometown, Greensboro, NC and the Triad area (Greensboro, Winston-Salem, and High Point) are becoming the destination spot for many well known events. High Point is the home of the largest furniture show in the world. Greensboro has hosted an array of sports tournaments such as the collegiate Atlantic Coast Conference (ACC) basketball tournament, East Coast Hockey League (ECHL) and American Hockey League (AHL) professional hockey, and the NCAA Men’s Basketball Championship. In 2011, Greensboro will host the 2011 U.S. Figure Skating Championship. 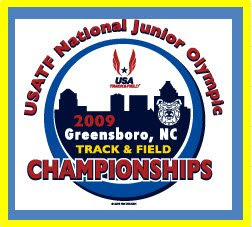 unior Olympic Track & Field Championships are being held at the state-of-the-art Irwin Belk Track at North Carolina A&T State University. Youth from all over the country will be competing. Entry for this championship is based on athlete performances at preliminary, Association, and Regional levels of the 2009 USATF Junior Olympic Program. Competition takes place in five two-year age divisions, with athletes generally falling between the ages of 8 and 18.

Some of the runners in this event will most likely go on to be running stars at future Olympic games. Several running stars and legends were at the opening ceremony and others will be in attendance throughout the week including nine-time gold medalist Carl Lewis, Dan O'Brien (1996 decathlon champion and American record holder), and Joanna Hayes (2004 100-meter hurdles champ). North Carolina's Crystal Cox, who won Olympic gold in 2004 on the women's 4x400 relay, will be at the meet Saturday. 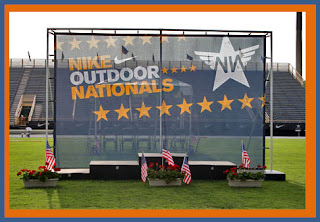 It's amazing sometimes what you find right in your own backyard.
Posted by RunnerDude at Thursday, July 30, 2009

I did not know you lived in Greensboro--> I am so jealous! I am such a HUGE UNC fan it's ridiculous actually. My close friend lived in High Point for a while and I loved visiting. If I ever move out of NJ I am coming to NC!

I *heart* Greensboro! Glad to hear about the good running publicity in the area. They must be doing something right, to be getting the repeat business.

Hi onelittletrigirl! Guess what? I'm a UNC alumni! Come on down to NC!

Wow, this just brought back great memories! in 1992 both my brother and I qualified for the Jr Olympics in the 2000m Steeple Chase and the 2-mile. It was held in HighPoint, NC... havent been back there since!!!

Hey Tim! How cool! Glad I was able to take you back down memory lane.