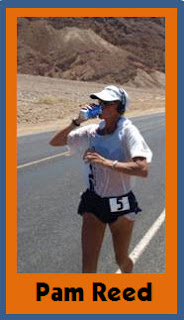 Coconut Juice? Yep you heard correctly. World-renowned ultra runner and Evil Training ™ team member Pam Reed has proven once again that she is the ultimate endurance competitor after capturing 2nd place in the women’s division and 7th overall at Adventurecorps ™ Badwater Ultramarathon, a grueling feat she accomplished with the help of ZICO Pure Premium Coconut Water. Reed, a six-time Badwater finisher, clocked in at 29:03:09.

Recognized globally as the “the world’s toughest foot race,” competitors in this legendary event cover 135 miles from Death Valley to Mt. Whitney, Calif. in temperatures up to 130°F. To ensure that she was well hydrated before the arduous challenge and to replenish lost electrolytes during and after the race, Reed kept a constant supply of ZICO Coconut Water on hand.

"With the brutal conditions of Badwater, I knew that remaining hydrated and keeping my electrolyte levels up would be key to a successful finish,” said Reed. “Drinking ZICO pure coconut water throughout the race allowed me to take advantage of the legendary benefits of coconut water and helped me maintain a peak performance level, particularly during the final push up Mt. Whitney.” 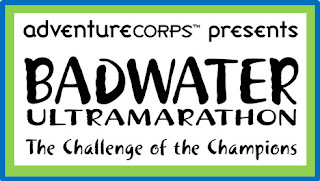 “The Badwater Ultramarathon is hands-down the most demanding and extreme running race offered anywhere on the planet,” said Mark Rampolla, ZICO’s founder and chief executive officer. “Tough athletes like Pam know that the best way to rehydrate, replenish and restore essential electrolytes is the natural way – drinking ZICO Coconut Water. We’re so proud that we could play a part in her incredible achievement.”

Made with 100 percent pure coconut water, ZICO is more effective for full body replenishment than plain water and contains none of the added sugars and calories commonly associated with traditional sports drinks, plus it has low acidity. ZICO is becoming a favorite among endurance athletes for training, as well as before, during and after long distance races. ZICO contains the five essential electrolytes your body needs to keep nerves firing, muscles moving and to help manage stress. One ZICO has more potassium than a banana – 15 times more than most sports drinks – to prevent cramping and promote recovery. Drink ZICO before or during a workout for the natural energy you need for optimal performance. After a workout, ZICO replenishes and re-hydrates you to speed recovery. 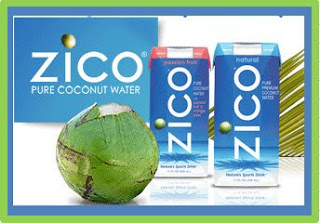 ZICO currently is available in three varieties – natural, mango and passion fruit-orange peel. Even the flavored varieties are all-natural, as they contain flavor essences, meaning they come from the flower itself, not the fruit, so there's no additional sugar, calories, carbs or acidity. ZICO also comes in an easy-to-carry, eco-friendly TetraPak for on-the-go refreshment that retains the beverage’s authentic tropical flavor.

ZICO can be found at leading yoga studios, gyms, natural food stores and gourmet grocers in select markets across the country. Find out more at http://www.zico.com/.
Posted by RunnerDude at Friday, July 17, 2009

I have a friend who absolutely loves ZICO. Says it's "miracle water". I've never tried it. Very interesting blog. I'm training for my first marathon, so I'm more or less a "beginner", but I'm working on getting better!

Interesting. I don't use it myself but may give it a try. Thanks RD. As always, a great post of interest. Have a great weekend.

hmmm..I know I have seen this around. I'll have to give it a go. Do you think ZICO will be offended if I drink it despite not being an ultramarthoner. I wouldn't want to offend it's legendary status. We all have an image to uphold.

thanks for the tip!

Hey Tara! Welcome to the blog!Congrats on signing up for your first marathon. Which one are you running?

Hey TC!If you give it a try, let me know what you think. You have a great weekend too!

Instead of talking about coconut water, I want to talk about Badwater. I was watching it for the first two days. I am amazed at those athletes. Man, can you imagine? All the elements of that race are unbelievably difficult. Kudos to everyone that was even brave enough to cross the starting line.

I've been thinking about using coconut water...living in Hawaii, I do have access to coconuts. ( : I am just worried that it will "go right through me" during a long run?! Have a great weekend.

Hey JoLynn! Yep, it is one amazing race. Endurance runner Charlie Engle who came in 4th place at Badwater actually lives just down the road from me. I see him on my runs all the time. Truly a different breed of runner. Cool guy.

Hey Stacey! Yep, might want to try it out on a shorter run.