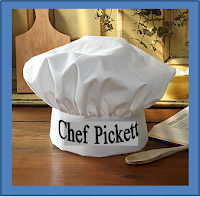 One of the great things about blogging is meeting people from all over the coutry, even the world. One such person I've befriended is a fellow runner and blogger from Sioux Falls, SD—Jeff Pickett. Jeff's the host of Life Isn't Over (At 40 or Any Age) where he posts video clips of his journey into training for his first marathon (Twin Cities Marathon) coming up in October. Another cool thing about Jeff is that he's lost over 48 lbs., bringing his bodyfat from 33% to 6.5%. Go Jeff!

If Jeff ever decides to change careers, I think he could go into producing a "how-to" television show. He has a great knack for conveying good information with just the right amount of comic relief sprinked in. I think it's his honesty and openess about his triumphs and failures on his marathon journey (as well as his humor) that make the clips so compelling.

I asked Jeff if he'd consider doing a guest video posting for you guys—RunnerDude's readers. He took me up on my offer and wanted to know what he should do the clip on. Well, since it was the beginning of the month and time for another The Runner's Palate recipe, I thought it would be great for him to share one of his favorite recipes, and that's what he did. So, drum roll please........... Introducing Jeff Pickett and his recipe for the ultimate post-run meal—the breakfast burrito (and the crowd roars)!

Oh my gosh. That looks YUMMY! Thanks for sharing. ;)
*I'm hungry now and the oats I'm cooking aren't sounding as good. LOL

Hey Jo Lynn! Throw some salsa on those oats! LOL!

I really liked this!! Usually after I run I eat really, really unhealthy. I love going to races and meeting people from all over!!

Hey Kalong! Glad you liked it. I'll be sure to tell Jeff!

Are you sure there were no kids harmed? This is eggsactly the kind of recipe I was looking for but I don't know if I can get the "flip" down.
On a serious note - well done, it looks great, I will give it a try!

Hey Jeff! Definitely! Anytime! Wish I had the on-camera persona that you do.

Hey jt00ct!I bet you'll get that flip down man!! Get you a crate of eggs and practice. LOL!