What to Look For In A Sports Drink 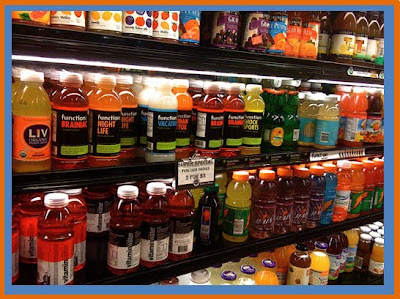 Water is great for shorter runs, but if you perspire heavily or if you're going to be running over 60 minutes, a sports drink will be a better choice. Sports Drinks serve two purposes—rehydration and muscle fuel. On longer runs you'll use up your glycogen (energy) stores as well as sweat out vital electrolytes such as sodium and potassium.

Carbohydrates along with fat are the two main fuel sources for your muscles. Your body can store about 2000 calories in the form of glycogen which will last about 2hrs for the average runner. So, during a long run of 2+ hours, these carb stores will be depleted. If they're not replaced during the run, then the runner will more than likely "bonk" or "hit the wall." Sports drinks and/or sports gels are a great way to restock the glycogen (energy) stores while on the run. But don't wait until you feel fatigued to begin resupplying or it will be too late.

Sodium is needed to help the body properly absorb the fluids you're taking in. Ever have that sloshing-in-your-stomach feeling during a race? The sloshing is probably not due to drinking too much too fast. More than likely the water is remaining in your belly because you've decreased your sodium levels so much that your body can no longer absorb the fluids, so they're just "stuck" with nowhere to go. Ever have calf or quad cramps? This too is often a sign of dehydration and depleted potassium levels.

There are so many different brands of sports drinks on the market all claiming they're the best for you. So what exactly should be in a sports drink? There are some basics you should look for. As for the "extras" in many sports drinks? For the most part, that's exactly what they are—extra. You'll have to decide whether you need the extras or not.

Staples Of A Sports Drink:
Sodium:
Most experts agree that the sodium levels of sports drinks should be in the range of 110 - 220 mg per 8 fl. oz. A newer brand, just recently available—The Right Stuff— contains no carbs, but it contains much higher levels of sodium and other electrolytes. To read a review of The Right Stuff [click here].
Carbohydrates:
The carbohydrate concentration in a sports drink should be 6-8% or
6 - 8 grams per 100 ml
14.2 - 18.9 grams per 8 oz.
21.3 - 28.4 grams per 12 oz.
Sports drinks containing more than these quantities of carbs should be used for refueling after a workout, but not during.

Sports Drink Extras:
Caffeine:
Energy drinks and sports drinks are often confused. In general, sports drinks don't contain caffeine. The smaller canned (and some bottled) energy drinks (i.e., Red Bull) often contain very large amounts of caffeine as well as sugar or other sweeteners. Research has shown that some caffeine ingested before a race can boost performance (click here for more info), but drinking large amounts of caffiene throughout a race can have adverse effects and cause stomach issues for many runners.
Protein:
Some brands of sports drinks have added protein to their formula. Some claim the protein/carb mixture enhances performance. There is mixed results/opinions on whether performance is actually enhanced. The added protein, however, has been shown to speed muscle recovery. Accelerade, Amino Vital, Endurox R-4, and PowerBar Recovery Performance all contain added protein.
Vitamins:
Some brands contain a wide array of added vitamins. While this may be good for your general health, there's no research to show that they will help with your performance or benefit rehydration. 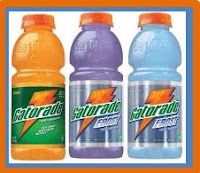 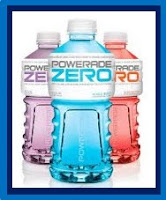 Hypotonic Sports Drinks—Contain electrolytes and a small amount of carbs. This type of drink replaces fluids quickly but doesn't provide much of an energy boost. If a runner uses hypotonic sports drinks on a long run, he/she will need to supplement with sports gels to get the needed carbs. (Examples: Gatorade G2, Powerade Zero, Amino Vital) 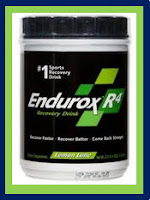 bs and usually about 240-320 calories per 500 ml of fluid. These drinks are designed to replenish carb levels after exercise or to top off the glycogen stores before an endurance run. Hypertonic drinks are good for marathons or ultraruns. Due to the high levels of carbs, if hypertonic drinks are used during exercise, it's very important that a runner also take in some isotonic or hypotonic drinks too to help replace fluids. (Examples: Endurox R-4, Gatorade Performance Series, PowerBar Performance Recovery, Isopure Endurance)
Funny thing. Scientists have spent a lot of time developing the "perfect" sports drink. Come to find out, nature had made one long ago—coconut water. To find out more about coconut water [click here].
Posted by RunnerDude at Friday, September 18, 2009

I love my Powerade Zero..all the goodness without adding back all the calories I burned off!

Nice post. I'll check the sodium levels and carbohydrates levels on a sports drink before I buy it now.

Interesting about the sloshing - I never knew that. Is there a fix if you're in a race, drinking sports drinks/water and still get the sloshing? Will taking a salt tablet help?

Hi Dena! I've read where that sometimes occurs when you split your fluids between water and sports drink. The water will dilute the amount of the electrolytes your getting and this can sometime slow down the absorption of the water into your body. If the rotating between water and sports drinks works for you, you may want to see if there is a sports drink with a higher sodium content, or like you said you may try using a salt tab. There are also some other products that you put directly in your water or sports drink such as nuun that might give you that extra sodium. Some runners also eat things like salty pretzels in the later half of the race. Hope this helps some.

Hey Molly! I really like Powerade Zero on my shorter runs. I have to use something different on my longer runs, because Powerade Zero doesn't provide the carbs to resupply the lost energy stores.

Hey SchoolKidRunna23! Yep, there's not one set formula but you can find the range that works for you. I'm such a heavy sweater, that I go for ones with more sodium, but if you're a light sweater then ones with a lower sodium level might work just as well for you.

I found a great substitute for a sports drink that is natural - its coconut water. Its low in sugar and has all the electrolytes your body needs. Please check out more info Thanks!

Hey Sonya! Yep, mentioned the coconut water at the end of the post. Great stuff! I drink coconut water because of the naturally high levels of potassium that help keep my calves from cramping. I use the Zico brand, but any brand is great as long as it's 100% coconut water.

Great explanation of sports drinks. I agree, sometimes water is just not enough. I only drink sports drinks; when not drinking diet coke or beer. I mix it myself, making it weaker than the manufactured versions so I get plenty of water as part of my hydration.

Hey Ted! I haven't tried the Cliff sports drinks. I'll have to check them out! Thanks!

Hey Chris! Excellent point for why not to drink what's at the race even if it is what you trained with. Sometimes it's way too concentrated when they make it and other times it's basically water. So, if you can, best to carry your own.