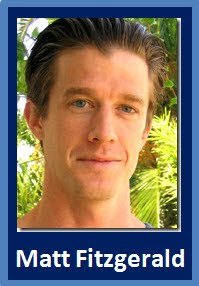 This article by Matt Fitzgerald was originally posted by my friends at the TrainingPeaks.com blog , where you can check out more articles for runners and triathletes.

Every day I (Matt Fitzgerald*) receive emails from runners (and triathletes, but I wish to focus on runners in this article) who are following or have followed training plans that I created for one of my books, or for a magazine article, or for TrainingPeaks. Many of these questions are versions of one question, which is essentially this: What do I do if I want to peak for more than one race within a span of time that is shorter than the duration of your training plans?
This question cuts to the heart of the greatest limitation of the prefabricated training plans that I have created in such abundance. Whereas my training plans treat individual peak races in isolation, in the real world most competitive runners take a seasonal approach to the sport, giving more or less equal importance to several races taking place between spring and fall.
There’s nothing wrong with this approach. In fact, it is the racing approach that most elite runners (except marathon specialists) practice too. The question is, how does one practice a seasonal approach to racing most effectively? Simple: Heed the following three simple guidelines.
1. Maintain a high level of general running fitness at all times
Prefabricated training plans are more or less obligated to assume that the runners using them are beginning at a relatively low fitness level relative to their own individual peak levels. Essentially, these plans assume you’re coming off a nice off-season break and are just beginning the process of establishing a fresh fitness base. This assumption makes the plans more inclusive than they might otherwise be. A plan that assumed you already had a solid foundation of general running fitness would not work for you if you lacked that foundation, even if the peak training load prescribed in the final pre-taper weeks was appropriate for you given adequate time, because you’d be in over your head from the very start.
Every runner needs a nice off-season break, and every runner needs to take time to build a fresh fitness base after that off-season break. But if you want to successfully execute a seasonal approach to racing that allows you to race at peak level several times between spring and fall, you need to maintain a fairly high fitness level at all other times. Doing so will enable you to return to peak form fairly quickly after each important race.
It’s important that you avoid training too hard for too long, however. If you try to sustain truly peak training loads throughout the racing season you will get injured or burn out. Except during the short periods when you are actively working to stimulate a fitness peak for an important race, your training should be “manageably hard”. In other words, the volume and intensity of training should be close to—but one solid step below—the maximum that you could sustain indefinitely without getting injured or burning out.
Give yourself a full week to relax and recuperate after major races, of course, but after that, get back after it. The exception, again, is marathons. After each marathon you need to treat yourself to a true off-season.
2. Always move in a definite direction in your training
Described another way, the first step in successful seasonal training is to train for high-level fitness maintenance at all times expect when you are taking a short break after a race, taking an off-season break, or peaking for an upcoming race. This does not mean you should do exactly the same workouts week after week and intentionally go nowhere with your fitness during maintenance periods, however. Your training should always have some kind of direction, even when you are not actively pursuing an immediate fitness peak.
So what sort of direction should your training have during maintenance periods? Focus on addressing a weakness or working on one or more foundational aspects of your running fitness that will necessarily take a back seat during peak training. Specific things to work on include running technique, raw endurance, sprint speed, and muscle strength, power and balance. The idea is to develop one or two of these qualities during maintenance periods without pushing against the overall limits of the training load your body can handle. With this approach your body will be truly ready for peak training when its time comes.
3. Peak for races with short periods of heavy training
If you are successful in maintaining a high level of general running fitness at all times, you can peak for any race in a short period of time by increasing your training load to your maximum limit and prioritizing challenging, race-specific workouts. This gives you the flexibility to race well on the schedule that suits you (provided you avoid making fundamental mistakes such as over-racing). You can peak for a 5K with as few as four weeks of maximal specific training and for a marathon with as few as 12 weeks of such training.
As always, you will need to experiment a bit to find the maintenance training regimen and the peak training format that work best for you, but even in the trial-and-error stage you will probably find that this seasonal approach works better than using separate, whole training plans for every race.
*If Matt Fitzgerald's name sounds familiar, you may have read his recent book, Brain Training for Runners. He also coauthored Triathlete Magazine's Complete Triathlon Book. Matt's also a journalist writing on topics of health, nutrition, endurance sports, and fitness for popular publications such as Runner's World, Triathlete, Her Sports, and Running Times.
Posted by RunnerDude at Wednesday, September 09, 2009

I'd like to agree, but as a runner in my 50's I need a few weeks of no running after target races to give nagging pains to really heal before gearing up for the next race. To be ice-pack free for a few months is worth the effort to get over that training hump again.

I like this article, but the one question I always have is how much of a break should you take after a marathon before you start training for another? It seems like the advice on that is all over the map. Some people say several months and then there are runners in the world who can do a marathon every weekend or every other weekend.

Hey Drusy! Welcome to the blog! Yep, same here. A little rest is good for be bod in my case too.

Hey IzzyBubbles! The rule of thumb from RRCA is 24hrs for every mile run. So that's basically a little less than a month. That doesn't mean no running during that time, but it does mean easy running. Of course, that's a general rule that probably more applicable to the everyday athlete. There are always exceptions to the rule like the ultra endurance runners that run marathon after marathon after marathon.