Vitamin D Does a Runner Good! 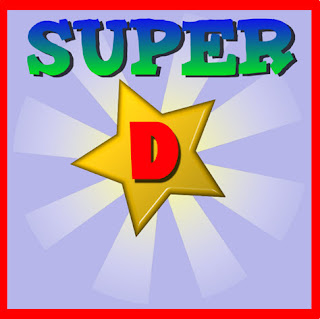 I've been a big advocate of Vitamin D for quite a while. As many of you know, I have ulcerative colitis. Vitamin D helps insure a strong immune system—something very important to people with IBD (Inflammatory Bowel Disease). Vitamin D also plays an important role in the body's ability to absorb bone-building calcium and helps to improve and/or maintain bone density—something very important as we age. New research is showing that Vitamin D may help lower the risk of cancer, diabetes, and heart disease.

Vitamin D has been in the headlines quite a bit lately. Mainly the news has focused on how much one should take each day. Currently the recommended daily allowance is 200IU(Internal Units). Most experts agree that this is too low. Vitamin D is a water soluble vitamin and would be very hard to take enough to reach toxic levels, but still there's a wide range of opinions on how much to take. From what I've read, most at least agree that 200IU is too low and many recommend upping it to at least 400IU, but many others recommend much higher amounts. I recommend that you consult with your doctor about the right amount for your own personal needs. Because of my IBD, I take 2000IU daily, but that may not be appropriate for everyone.
The current issue of Runner's World (Dec. 2009) features an article on the benefits of Vitamin D for runners. According to the article it may boost your running performance (if you're taking enough). The article sites research from the March 2009 Archives of Internal Medicine that reports over 3/4 of adults are Vitamin D deficient. A separate study from the Cooper Clinic in Dallas showed that runners are no different than the general population. This 2008 study showed that 75% of the research participants averaging 20 miles a week had low Vitamin D levels.
In addition to the possible cancer, diabetes, and heart disease risk-lowering benefits of Vitamin D, researchers now believe it may also help boost athletic performance. A 2008 study showed that adolescents with high levels of Vitamin D could jump higher, quicker, and with more power. A different 2008 study showed that Vitamin D increases the size of fast-twitch muscles and muscular strength. Other research shows that low levels of Vitamin D may make an athlete more prone to injury such as stress fractures.
According to the Runner's World article, Michael F. Holick, M.D., Ph.D., Professor of medicine, physiology, and biophysics at Boston University of School of Medicine and author of the upcoming book, The Vitamin D Solution, recommends that runners take a supplement that contains 2000IU of Vitamin D. Hey! That's what I take! Cool!
Be careful. All Vitamin D is not created equal. When looking at a supplement, be sure it contains Vitamin D3 (choledalciferol). From what I understand, supplements use either Vitamin D2 (ergocalciferol) or Vitamin D3 (choledalciferol). Most experts recommend using a supplement made of Vitamin D3 (which is typically naturally sourced and better used by the body). Vitamin D2 in high doses can actually be toxic to the body.
Good sources (natural, fortified, or enriched) of Vitamin D include:
• mushrooms (enriched)
• fish (salmon, mackerel, sardines [canned in oil], tuna [canned in oil])
• milk (fortified)
• margarine (fortified)
• cereal (fortified)
• whole egg
• swiss cheese
• cod liver oil (yum!?)
• yogurt (fortified)
• liver
• beef
• orange juice (if fortified)
Posted by RunnerDude at Sunday, November 01, 2009

How funny that you post this today; I was reading about this in the Vitamin Cottage insert in today's Sunday paper. What supplement to do take that gives you 2000IU per day?

Hi Lara! I use Finest Natural. It's a Walgreen brand. The bottle I get has 75 softgels that are 2000IU each. It's also the D3 varieyt. I usually buy it on sale. They often have it for buy one get one free.

Funny, I just started taking it about a month ago. Improving my running is a nice bonus! I don't really eat enough dairy in my advancing age so..... Vitamin D.

Hey Regina! I felt the same way when I read about the benefits to running! Weedoggie!

Wow! I had no idea! Thanks for the information. :)

Sure thing, Rookie on the Run!

Don't forget about the sun!

Hi Kathleen! Definintely, dont' forget the sun! Your body actually produces Vitamin D from sun exposure. Holick (from the Runner's World article) recommends "getting moderate sun exposure...about 10-15 minutes of sun 2-3 times a week from May to October between late morning and mid afternoon. Problem is, that other times of the year, you actually don't get enough from sun exposure. Also, "people that live in the northern part of the country, all of Canada and Europe where the sun's not strong enough to make Vitamin D, are more at risk for low levels of Vitmain D. Also, the skin has to be exposed, so if you're covered up and/or wear sunblock this cuts down in the amount of vitamin D."