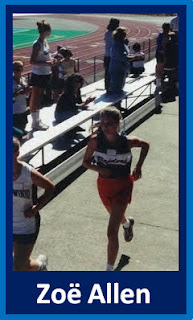 As a daily blogger (well almost every day), I love reading the comments that the readers leave. For some frequent commenters, I almost feel as if we've become close running buddies. Cyber running buddies, I suppose. Zoë, is one such buddy. She always has an encouraging word to say and her comments are always so insightful. Like many, Zoë ran in high school, then after a tragic family event, the running stopped. Then, like many, Zoë returned. Here's Zoë's story in her own words.
This is a post that I have been wanting to write about for a while, but just couldn’t get myself to do it. I feel that today of all days is the perfect time to let this out. This is how “Run, Zoë, Run” ended a decade ago…then began again this year.
Ten years ago, I was 15 and just started my Junior year of high school--not only was I busy with school and x-country, but I was also newly elected as class president. It was going to be a great year.
-
It was a Friday, my mum and little sister sat on a picnic blanket at Lower Woodland as I ran in a 3A division cross country meet. My mum yelled loudly as I passed “Run, Zoë! Run!” and “Long strides, Zoë, long strides!” and I could hear her every time I ran near. She was a constant spectator at all of my sporting events, whether it was x-country or swimming, she was always there to cheer me on. I ended up doing better than I expected at this particular race, as it was my birthday weekend and I was turning 16 that Sunday. My friends “kidnapped” me by blindfolding me after the race and whisking me away for dinner at Red Robin and the football game afterwards. My mum was in on the plan the entire time and packed my letterman’s jacket and a sweater in her trunk for my friends to bring. I had no idea and the 16th birthday surprise was amazing.
- 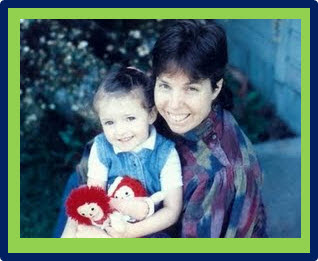 My actual birthday was the fun part. My brother had come up from Oregon to celebrate and all four of my sisters were at our house too. All six of us kids, mum and dad, and of course our Burmese kitten Oliver were on hand for the party. It was rare to get us all together, but it was the best feeling when it happened. Mum made an applesauce birthday cake in her stone baking pan, and my big sister laughed as she juggled five half-gallon cartons of ice cream trying to open the freezer door with her foot. My family liked to be goofy and put on little dance parties, so of course we had to crank up the tunes and act like fools. It was the most perfect Sweet Sixteen.

Two days later, as I was rushing out the back door before I missed my school bus, mum called after me: “Love you! I’ll pick you up from x-country at 4:30!” Those were the last words I heard her speak. Only a few hours later, she was in a coma at the hospital after suffering from a ruptured brain aneurysm only God knew about…
Visitors came and went, as we had set up “camp” in the ICU waiting room. I snuck over to a different part of the hospital wing with my sisters, where there was a huge fish tank that had a cute puffer fish. Even through all the gloom of the hospital that puffer fish just smiled back at me, waving his little fins. To this day, I still love puffer fish and they make me smile every time. 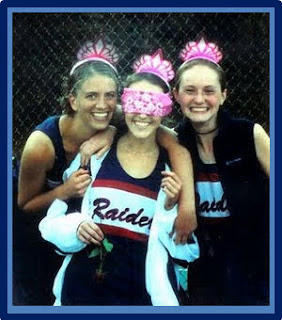 Despite us all talking to her in that hospital room, telling her about the plans for the fun hats she would get to wear when she went home (the doctors had shaved a small portion of her head to insert a tube in her skull to release fluid), she went home to Heaven on September 22nd, 1999.
-
A week after her passing, there was a x-country meet at Lower Woodland again. I wanted to keep going on with everything as normal, especially running, because I knew that’s what mum would want. I ran the first mile of the race before collapsing in a blubbering heap in the middle of the trail. Fortunately for me, I had the best teammates & friends that a girl could ask for and they let me lean on them back to the starting line. It just wasn’t the same without the familiar “Run, Zoë! Run!” called in my direction.
-
So this is my story, and why my blog is named what it is—Run, Zoë! Run! I started running again last year because I missed the feeling of accomplishment after a great run or race, and I wanted to feel that connection to my Mum again. The pain is still there, even after all these years, but now—ten years later & more than ever—I can hear her cheering for me on the sidelines. 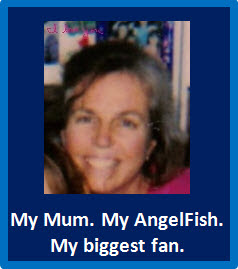 Zoë, I know your mom is proud of the strong and loving person you've become and I know she's proud your back at running too! Thanks for sharing your story! Be sure to check out Zoë's blog!
Posted by RunnerDude at Monday, November 02, 2009

You have an amazing story Zoe. Thank you for sharing it with us. And thanks for all the encouraging words.

I'm sure Zoe's mom is cheering her on in heaven...thanks for another inspiring story.

Noah, Molly, and Ted,
I couldn't agree more!! Zoe is an awesome young lady and runner too!

Thank you so much, RunnerDude, and everyone! You all keep me running everyday. :)

Go Zoe Go! Go where your heart directs you, spirit guides you, friends support you, people love you and your legs carry you. I am your life long fan, love ya hun Myrna

Thanks for sharing that story with all of us. Now THAT is truly inspiring. I always enjoy reading your posts as they get me going. And Zoe, "God Bless You"!

Running helps us all. It is stories like these that put it into perspective how much it actually helps.

It's so wonderful to read these personal and inspirational stories and learn more about our friends in the blogging/running community.