Be a Healthy Role Model For Your Kids—Run! 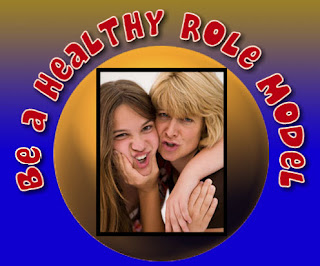 One of the best ways to ensure a healthy lifestyle for your kids is to live by example. My daughter just recently emerged from the mysterious, dark, oddly scary, sometimes demonic stage of a 13-year-old. I'm happy to say she survived (as did myself and my wife) and she's now a beautiful blossoming 14-yr-old freshman in high school.
During this phase of the battle-of-the-wills, you probably think your child (son or daughter) could care less about your opinion. Ever have your child tell you to drop him/her off a block from school so nobody will see him/her get out of a mini-van? Ever have your child threaten to die if you open your mouth around their friends? Ever have your child say, "Seriously, you're not really going to wear that when you take me and my friends to the movies, are you?" And on the flip side, have you found yourself saying, "Honey, did you look in the mirror before leaving home?" "This is a brush, it's your friend, it's for your hair." or "Could you please put on a coat, so the school doesn't call Child Services on me?" 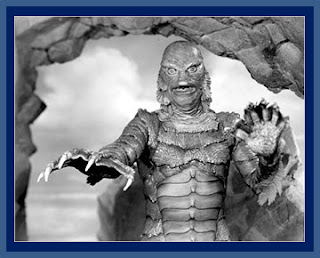 During those times, you think your child isn't hearing a word you're saying, but guess what? She is. She won't admit it, but she is. Your child actually wants your feedback and guidance, but those raging hormones and the peer pressure of her friends won't let her admit it. Every now and then, that sweet child (you once knew) emerges from beneath that creature-from-the-black-lagoon (that's temporarily overtaken your child's body) giving you a glimmer of hope.

Don't worry, your child will return to humanity. Some take longer than others, but he/she will return. During this possession phase, be diligent about being a healthy role model for your child. Silently showing your child each day positive ways you deal with stress through being physically active and eating healthy is what they need to see. Every now and then invite them for a walk, a run, or to join you at the gym. Share with them the latest sports drink you've discovered. Show them the great doctors report you got. Tell them about a cool article you just read in Runner's World. Invite them to the next 5K you're running, even if they're a spectator and not running. Then let them know how wonderful it was to see them when you crossed the finish line.
Even though your invites may be rejected or the only verbal response you get is a huff or a grunt, that inner sweet child buried beneath that tough facade, really does appreciate you asking and sharing. She's learning by your example.
All last year, I asked my daughter to run with me, only to get a "Right Dad." in response. Guess what? Now she's walking every afternoon after school. Her older brother told me she had started walking, but I didn't say anything. Then the other day she came up to me all beaming and said, "Dad, I walked 2 miles today!" I was so proud of her and she was so proud of herself. She's not running, and that's okay. She may move into running one day, but for now she's walking and getting in some great exercise.
Then I got another whopping surprise. One afternoon, she said, "Dad, the PE teacher at school fussed at me because he thought I was playing around when we were doing walking back lunges. I wasn't playing around. I can't do them!" She was in tears. So that night we had a crash course in walking back lunges. She cried more tears, because they actually were very hard for her to do. But, she hung in there and could do them by morning. Not great ones, but that didn't matter because she had gained the confidence that she could do them. Later the next day, she came running up to me and said, "Dad, the coach said, 'Nice improvement, Rayna!'" I was so proud of her. That was such a special moment. Funny how the simple little things are the most meaningful.
I seriously believe that during that scary 13-year-old phase, my daughter really was paying attention to her ole dad. A big reason that scary creature facade goes up in the first place is lack of confidence. Everything in their world is changing—schools, friends, their bodies. So, they put up this wall. Showing them how to gain this confidence (even if it's in a roundabout way) is what they need.
My daughter, saw how much enjoyment my running gave me and she saw how physical exercise and healthy eating benefited my wellbeing and helped me deal with stress. I don't want her to copy exactly what I do, though. She needs to discover what works for her. For now that's walking every day. Tomorrow it may be riding bikes. Whatever it is, I'll be there to support her.
So, during those tough times, sometimes it's best to stand back and holdfast, but continue to be that positive and healthy role model. They really are watching and listening to you and even though they may think your outfit is hideous and outdated, they still value your input and opinions.
Posted by RunnerDude at Thursday, November 12, 2009

I'm not sure I'm a role model - they say I'm geeky, but running with my 21 yr old daughter is the only time I'm not competing with the TV or friends on the phone or facebook or texts... Its the only time I get her undivided attention to have a good chat.

Hi Drusy! That's so awesome that you run with your 21-yr-old. Those are memory-making times that you'll both cherish!

Great post!! Every time my 3 year old puts his sneakers on, he tells me he has a race to go to :) I'm so proud!

Bravo! You are doing just what our sisters encourage parents to do: invite their kids to join them in their fitness activities. Some day your daughter may run with you yet. But in the meantime she knows she is welcome to join you and that is SO important!

Hi Heather! I know that must be an awesome feeling. One day that little one will be running right along side mom, no doubt!

Thanks Sister Mary Agnes! Yep, whether or not they take you up on it, sometime the invitation is all a kid needs to feel loved and included.

Hi Gonzalo! Welcome to the blog! Thanks for the support!!

i love that being active and doing the things that I love impact my son without even realizing it. When I did my first triathlon, he thought that since I could, surely he could too. And he did! And he can't wait for next season!

Way to go dad! Boosting her confidence is soooo powerful :)

Hi Mel! Wow! That's so great your son did your first tri with you and wants more! What a great experience for you guys to share!!

I am not looking forward to those years at all! I ran a two mile fun run with my six year old son last night and we had a blast. It was a Holiday Lights Run so we were the first to see the miles of lights at the county park. My son was really excited that we finished the race in 32 minutes (that was with all the stops to take pictures in front of the lights). We had hot chocolate and stood at the finish line clapping for all the walkers coming in. Being a healthy role model can be a lot of fun. Thanks for the great post RunnerDude.

Hey Noah! What a great experience for you and your son to share! Great time too!! I think you've got a real contender on your hands!

I have to say that when my kids were in middle school I didn't like them very much! High school was much easier. My kids think my running is weird. My son was a hockey and tennis player. He was quite a good high school tennis player but thought that running a lap around 2 side by side tennis courts was too hard! My daughter was overweight during high school and I tried to get her to walk 5Ks but she would have nothing to do with it. I ended up changing our Y membership from family to just myself because nobody else went in over 3 years. Now that my daughter is in college she goes to the gym and works out most days. She uses the eliptical, stationary bicycle and treadmill, she even called me one day to say that she tried running on the treadmill! The first time she was home I could see that she was already losing weight! Next summer when she is home I am going to bring up walking 5Ks again, maybe she will go with me now. I've never tried to get my kids to run but to just exercise. They both have access to awesome gyms with the newest of everything at the colleges they go to which was not the case when I was in college way back when.
I love the kids runs they do after 5Ks now, there was nothing like that when mine were little.

Hi Lorenda! See you are having a good influence on your kiddos. I bet your daughter will join you on that 5k!

Wow. Cool post. My daughter is only 3 so it is hard to imagine her at 13 but I know it will be here before I know it. I dream of her running with me someday. That would be great! Thanks for sharing, great stuff to keep in mind for the future!

I have a giveaway going on at my blog for a $25 gift card to Running Warehouse that actually ends in a couple hours but if you see this and want to check it out - www.trithedream.com

Great Post runner dude. I don't have any children of my own yet, but I got my wife into running. She does great and we motivate each other. Not just kids but there is no telling who you can influence to get in shape by some form by simply being out there running on the road or wherever.

My daughter is turning 10 this week and she's not in the "scary" stage yet, but I'm seeing glimpses of it. Thanks for your awesome comments. I'm so glad you took the time to write about this in regards to healthy lifestyles, fitness, and staying connected with our kids through good times and bad. It means a lot.