One Runner's Perspective on Running and Racing 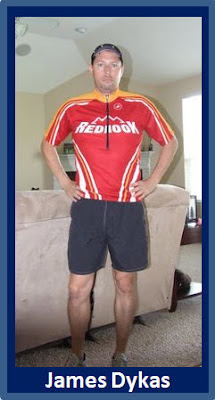 I'd like to introduce you to James. James is a great runner and has a great mind-set about his racing. Even though I don't think I could keep a racing schedule like James, his approach and thinking about racing has helped me keep things about my own running in perspective. In his own words, here's James' thinking on racing.

I am no elite runner, however I do like to run. During the first five months of 2006 I ran seven marathons and three half marathons. January was easily my most busy month as I ran in the Inaugural Goofy Challenge (Half Marathon Saturday/Full Marathon Sunday) and ran the Houston Marathon a week later. February was also a two marathon month (Surfside/Tampa), but I at least had two weeks between them. March was my easy month with only one half marathon (and two 10Ks). April opened and closed with a marathon (Dallas Big-D/Oklahoma City) and in May I ran my last marathon (Green Bay) in that five month time period. I finished off with a half marathon in Madison a week later.
There are many different ways, other than speed, that we can challenge ourselves when we run.. The key to my accomplishment is that I balanced challenging myself with a goal of finishing each race as healthy as possible so I would be ready for the next one. I was still able to set 10K, half marathon and marathon PRs during that time frame, including lowering my marathon PR by eight minutes at Green Bay, the seventh and final marathon over that five month period.
A PR is a wonderful thing, especially because of the additional joy it gives us – although it is a bit fleeting. But what I took away from the experience is that a marathon is a great way to see a new city and that no matter where you run, there are wonderful people to run with.
Thanks James! Be sure to check out James' blog—Das Mixture.
Posted by RunnerDude at Wednesday, October 14, 2009

I don't think too many could keep a race schedule like that. Way to go Jamoosh!

What an incredible racing schedule. His mind is obviously tuned to each race and what he has to do to recover between them. That's fantastic that he has the balance so finely tuned!

I actually feel that I don't race nearly enough. I could certainly take a page from him!!