It's Okay to Walk! 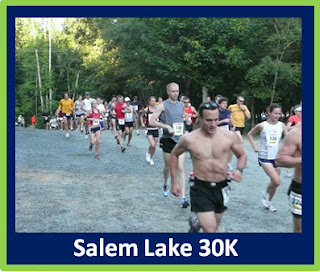 It took me running the same 30K three times to finally learn that it's okay to walk. It's been a while since I've run the Salem Lake 30K, but each time I do, I act so surprised when I reach this fairly big hill towards the end of the race. The first year I ran it I wasn't properly trained for the race and I was really feeling it by mile 17. I'm usually good on hills and often if I speed up on a hill, it helps me somehow recoup and get beyond the fatigue. That strategy, however, only works when you've done your training. I hadn't, so when I reached the top of the hill, there was no recouping, just visions of my impending doom. Instead of getting a bit of a respite, I was in the first stage of bonking. It goes with out saying that the last 1.5 miles of the race was no picnic.
The second year I ran the race, I had a similar experience. Again, I found myself completely pooped after running up that dreaded hill. This time, however, I noticed that the walkers I passed running up the hill were now flying past me on the downside. Those guys finished the race well ahead of me. Then it finally hit me and I kicked myself in the butt (well I would have if my foot would have reached). I finally realized what I was doing—using up my last bit of fuel 1.5 miles from the finish by running up that hill. I should have walked up that hill, saving my energy and I probably would have avoided bonking and ended strong. 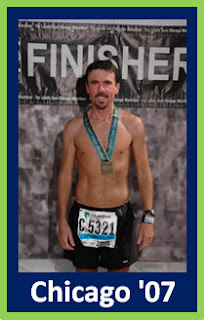 For so many years, my only goal was to finish a race as fast as I could without walking. It never occurred to me that by walking (just a little) I could possible finish a race stronger and maybe even with a faster time. After the Salem Lake 30K epiphany, I was able to make myself walk a year later during the hardest marathon I've ever run—Chicago '07. Yep, that's the year they closed the course after 4 hours due to heat and lack of water. Luckily because I recognized the signs of dehydration and fatigue setting in, I began to intermingle the last 8 miles with some walking. I didn't make the 3:30 that I was shooting for, but I did PR with a 3:42. Given the race conditions and the fact that I walked a fair amount in the last leg of the race, I don't think I did half bad. I know without a doubt, that if I had let my "runner's ego" take over and had not allowed myself some walking breaks, I probably would have been one of the many runners bused back to the start.

Many beginner as well as long-time runners find themselves feeling discouraged if they have to walk. I know of one runner, who stopped running completely (really, I mean completely), because she started out way too fast and had to walk the last part of the course. She felt defeated and demoralized. She never ran again after that race. Sadly, she never realized that she had just made a tactical error. We all have bad races and when they happen (after you've had some time to recover) you need to evaluate what went wrong. Was it the weather? the temp? a stomach issue? starting out too fast? Learn from it. Then move on.
Not only is walking a great way to help your fight fatigue in a race, it's a great way for beginners to ease into running. If a beginning runner (especially one who has never run before) starts by adding 30 secs of running into a regular walk, they'll more than likely notice that it wasn't that hard. Before long the beginner can increase the length of that "walk" as well as increase the number of 30-second intervals of slow running mingled throughout the walk. Gradually the beginner can turn those 30-second intervals into 60-second intervals. As the beginner becomes accustomed to the 60-second intervals, he/she can begin decreasing the walking so that eventually the walking becomes the 60- and then 30-second intervals and the running becomes the majority of the activity. This slower transition helps ease the beginner into running allowing him/her to see progress and helps keep the discouragement at bay. 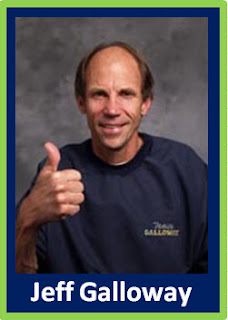 Walking in marathons has also become a standard practice for many long-distance runners. Programs like the Galloway RUN-WALK-RUN™ method use walking throughout the running of the marathon. Don't be fooled. Runners (beginners and experienced) who use the Galloway Method, consistently run great marathons as well as injury-free marathons.

Jeff Galloway's quest for the injury-free marathon training program led him to develop group training programs in 1978, and to author Runner's World articles which have been used by hundreds of thousands of runners of all abilities. His training schedules have inspired the second wave of marathoners who follow the low mileage, three-day, suggestions to an over 98% success rate.
So, it's okay to walk. You may or may not be interested in using a complete run-walk marathon training plan, but know that walking is viable tactic (a tool in your running toolbox) that you can use during a race to help you recoup from fatigue or maybe even help to prevent fatigue from ever setting in.
Posted by RunnerDude at Friday, October 02, 2009

I learned to run using the Galloway method, and even now that I run so much faster, I still walk. I might always be a runner/walker. Thanks for the post!

When I made the transition from Front of the pack running to Middle of the pack running, I struggled with decreasing times and "new" PR's were harder and harder to come by.
Training for Big Sur a few years ago, with older legs, I trained and planed a run-walk-run similar to Galloways program and ended up with a new PR with walking every 8 to 12 minutes...
If you are having a hard time meeting new goals or are even trying to get a new distance finished... WALK...

It is nice to hear serious runners validating the walk/run method. There are some who criticize it and

Hey Tim! That's for sharing your PR story! It's great for others to hear that you can still PR even with adding the walking breaks. Awesome! You da man!

Hey christinaleigh! Welcome to the blog! Yep, I've heard the criticism too. I think, a runner should take advantage of whatever strategies available to improve their running, including walking. Thanks for reading the blog!

When I first started running back in February I used the couch to 5k program which utilizes the run walk interval method. I've become a somewhat better runner, but was having trouble getting past 6miles. It felt like some kind of mental block. I decided to Gallowalk 7 miles to get past this block. It worked. The next time I went out after the Gallowalk and ran 7 miles it was much easier and while I did stop a few times just long enough to take swigs from my flask, I Also ran it as fast as I had run 5 miles just a month before. I have no trouble walking when need be.

Hey Regina! That's great that walking helped you get over that hump. Good for other runners to hear how walking can improve your running. Great Job!

I would never attempt to do a run over 12 miles without systematic walking breaks. This year, I even managed to break my own marathon PR by walking MORE during the race. It takes a little dose of discipline and pride swallowing to incorporate the walking breaks during a race, but when the outcome is so positive I can't help but feel it's an undisputed method of success for me.

That's awesome Tall Girl Running! Keep it up! (PS: Weclome to the blog!)

I did the Salem Lake 30K as well. I always walk that hill and I even finished the race a whole 1 min. faster than last year! LOL! Great race though..... It is nice to read though that a runner as experienced as you says it is ok to walk. I do feel much better about myself now. I feel defeated if I have to walk.

I LOVE Jeff's thumbs up.