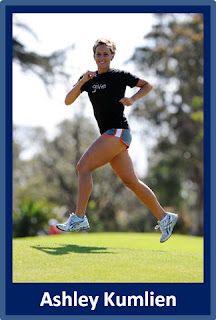 Multiple Sclerosis (or MS) is a chronic, often disabling disease that attacks the central nervous system. Symptoms may be as mild as numbness in the limbs or as severe as paralysis or loss of vision. The progress, severity, and specific symptoms of MS are unpredictable and vary from one person to another.
Multiple Sclerosis actually means "many scars," which refers to scarring left on neurons after the myelin has been damaged. The damaged myelin and scars are what contributes to the disruption of signals to and from the brain & body. MS is the most common, progressive, and disabling disease among young adults. An estimated 600,000 people in the US and 2.5 million people world wide, have MS. 200 new cases are diagnosed each week. The most common characteristics of MS include fatigue, weakness, numbness in the limbs, spasticity, balance problems, bladder and bowel problems, vision loss, tremors and vertigo 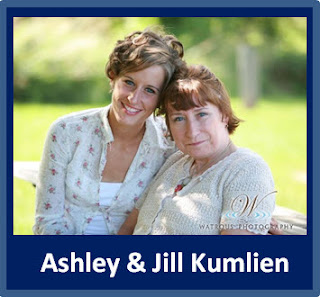 Ashley Kumlein, decided to make Multiple Sclerosis awareness her mission. Her mother, Jill Kumlein, has been battling MS for over 26 years! This disease has robbed Ashley's mother of the abilities you and I take for granted every day. Inspired by her mom's everyday fight, Ashley resigned from her job traveling the world as a cruise ship rock climbing and surf instructor to bring more awareness to MS.
To do that, Ashley Kumlien is aspiring to run across America starting the spring of 2010 departing from San Francisco and arriving in New York City. This run is a tribute to her mom's fight, and the thousands of others just like her fighting against the disabling affects of MS. 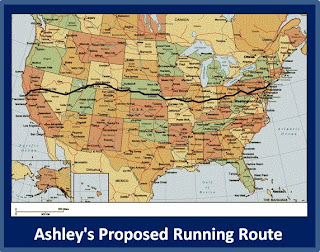 Ashley will average 20-30 miles a day. She plans on breaking each day into four separate runs, each about 5-7 miles long. This will provide Ashely with an hour or so of rest and recovery time before she heads out for the next 5-7 miles. The total mileage for the trip will be around 3,230 miles. Running a minimum of 20 miles a day, Ashley expects to complete the cross-country run in about 6.5 months. She's not expecting to break any records and that's fine with Ashley. Her one and only goal will be to raise as much money as possible towards finding a cure for MS, educate as many people as she can about MS, and enjoy a great adventure at the same time. Ashley won't be alone, she'll have a support team following her on her journey.
Ashely knows this cross-country trek will be a huge challenge to her physical and mental abilities, but she's willing to endure the many obstacles ahead to pay tribute to her mom and other individuals and families fighting MS. Ashely says that running across America for her mom will be the most rewarding accomplishment she's ever achieved. 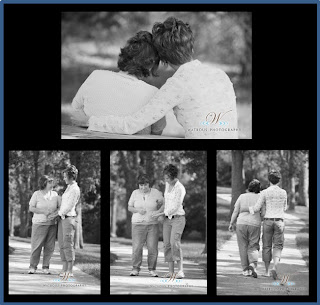 Ashley's personal love for long distance running is one of her earliest memories and she's been competitive in the sport for over eleven years now. Ashley says she may not be the fastest runner, but she trains hard and usually finishes near the top. Ashley trains six days a week and has broken into the ultramarathon running circuit this year. Ashley also has earned a BS in Exercise & Sport Science (emphasis in Fitness) as well as become a Certified Adventure Boot Camp Instructor and a Personal Trainer.

To check out how you can help support, sponsor, or make a donation towards Ashley's quest to run across America, [click here].
Posted by RunnerDude at Friday, October 02, 2009

This is an absolutely AMAZING story!!!! What a great way to bring recognition to something she is so passionate about and to also accomplish a feat that not many can say they've done! What an amazing journey this will be - something she will remember for the rest of her life! PROPS to Ashley!!!

Such an amazing story! I have a close friend battling MS and another friend running the Hartford marathon this year to raise money for MS in support of her mom. What a great way to get the awareness out there! thanks for the story; I'll send it on to them

This is seriously an amazing story. I cried while reading this post. Those pictures are just so amazing and what she is doing in her mom's honor is just so touching.