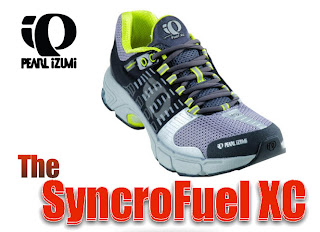 If you haven’t heard of Pearl Izumi, they're a relatively new running footwear brand. They introduced their first line of running shoes six years ago. Today, Pearl Izumi sports a line of 13 different models for men and women in their running shoe line.

Pearl Izumi began over 50 years ago in Tokyo, when a dad (eager to help his son who was a promising bicycle racer) created Japan's first line of cycling racing apparel. Zoom 50 years to the present and Pearl Izumi, USA, Inc. is one of the leading makers of technical- performing sports apparel. Pearl Izumi became available in the US in 1981 and during the 80s it sponsored the US National Team (that won nine gold medals during the '84 Olympic Games) as well as several major trade teams during that era. Today, Pearl Izumi USA, Inc. is one of the most respected brands in the United States. The company is most known for its cycling apparel and gear, but recently the company has begun to expand into other sport categories—cross-country skiing, triathlon, duathlon, running and other outdoor sport activities.
Pearl Izumi contacted me to see if I'd be interested in testing their newest trail shoe, the SyncroFuel XC. Of course I said, "Yes!" I knew Pearl Izumi for their cycling history and was intrigued to find out more about their running shoes. Plus it gave me a great excuse to go trail running!
Greensboro, NC, where I live is blessed with a wonderful network of greenways and trails. So, once the SyncroFuel XC's arrived, I spent a couple of hours one afternoon giving them a good test drive. Here are the results of my run...

Note: Pearl Izumi requested the product review and provided the shoes for testing. I received no payment for completing the review; nor was I encouraged to write a positive review. The review results are strictly based on my experience running in the shoes. On a side note, I'd like to state that I don't endorse Pearl Izumi's stance on "Jogging" in their recent ad campaign. My stance is that running is an inclusive sport open to all athletes of all ability levels.
Posted by RunnerDude at Friday, May 14, 2010

Nice Video...your production stuff is great! very slick for sure "5Dudes" on the video.
Brian