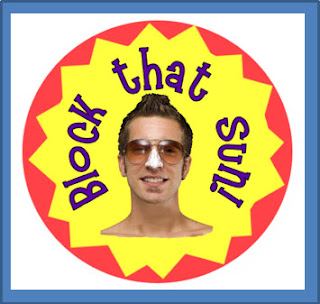 Like any sport, running comes with its risks. Typically things like shin splints, ITBS, and plantar fasciitis come to mind. But there's another risk that may not be as top of mind—skin cancer. In 2006, the Department of Dermatology at the Medical University of Graz, Graz, Austria did a study regarding marathon runners and sun exposure.

The doctors in the Graz University dermatology department realized that over about a 10-year span, they had treated 8 ultramarathon runners with malignant melanoma. The medical team discussed potential triggers of the cancer in these patients and UV exposure, immunosuppression due to long-term intensive exercise, or both surfaced as possibilities. This piqued the curiosity of the doctors and they decided to look closer at the risk factors for malignant melanoma in marathon runners. To do so, they examined medical history, genetic and environmental influences, sun-related and clinical variables in 210 athletes and compared them with those of an age- and sex-matched control group.
What they discovered was that although the control subjects exhibited higher sun sensitivity and more common skins spots and moles, the marathon runners exhibited more atypical spots, moles, and lesions suggestive of nonmelanoma skin cancer.
And interestingly enough, of the marathon runners, the ones who had trained more had more of these atypical moles. Findings also revealed that about 96.7% wore shorts (not too surprising) and 98.6% wore shirts that only partially covered their backs and extremities (not too surprising either). Only 56.2% of the runners used sunscreen on a regular basis.
End result? Basically the marathon group presented with an increased risk for malignant melanoma and nonmelanoma skin cancer. It's kind of like one of those "duhh" moments. But sometimes it takes seeing the numbers to have it hit home.
-
Most likely that act of running has nothing to do with the increased risk, but the time in the sun does. If a similar study was done with construction workers or landscape workers, you'd probably find similar results. However, that fact that runners typically have on less clothing and have more exposed skin probably would still make them more inclined to a higher risks of skin cancer.
So what's a distance runner to do? Easy! Cover up! Actually the study recommends doing your runs during times of low-sun exposure, wearing adequate clothing, and regularly using water-resistant sunscreen.
Posted by RunnerDude at Saturday, January 16, 2010

Great post and so important! I had a malignant melanoma removed 10 years ago, and this topic is near and dear to my heart. Please keep spreading this important reminder!

Hi Kelly! Thanks! And thanks for sharing your experience! Glad you're well!!

I get sunburned in winter here, even before 9am, so thiws was a very timel reminder. I used to slater before each run but got lax after our visit to the US. Thanks so much for the reminder.

Great advice. Might want to protect the eyes as well using visor hats and/or sunglasses. I wonder if runners have a higher risk of cataracts as UV rays can also cause eyet damage?

Hi ThomaS! Great reminder! I'll see if I canfind anything on runners and their eyes.

Great post. I feel like I should own stock in those continuous-spray sunscreens (they allow me to reach my back!) - I go through them like crazy. I am fair skinned so I'll get burned if I even think about sun.

Thanks for the post! Also timely as many ignore the sunscreen during winter months. I have gotten a lot of exposure on my face in the winter. Here is one reminder that my night running in the summer is not so crazy after all. I am just avoiding the effects of the sun. :)

Hey Melissa! I know what you mean! In the summer, I sweat so bad I have to keep applying. I'm thinking I should invest in a sunscreen company! LOL!

Hey Trailgurl! Not crazy at all! Just be sure to wear reflectors! LOL!!

Great post. I had a sebaceous cell carcinoma removed from from my forearm a few years ago so I've learned to be more careful. All of your ideas are good, as well at the suggestion about sun glasses.

I use Aveeno sunblock lotion on my face and neck everyday, rain or shine. In the warmer months I try to use suntan lotion on the exposed part of my arms and legs as well.

Great advice. I'm having my first mole removed next month and it's a good wake-up call. We are out there exposed all the time and need to be careful!

Hi misszipy! Welcome to the blog! I've had a few removed too. Everyone needs to be checked periodically especially on your back. I had one, I didn't even know about! Hope all goes well next month!