One of my favorite athletic clothing brands, Champion, is located right down the road from me in Winston-Salem, N.C. Actually as I sit here writing this post, I'm wearing a Champion hoodie. Their casual athletic clothes are great. I also enjoy their line of running tops and bottoms.
One of the great things about Champion is they appreciate feedback from you, their customers. One way they get this feedback is through a cool program in conjunction with the Walt Disney World Marathon. Champion is the official performance apparel 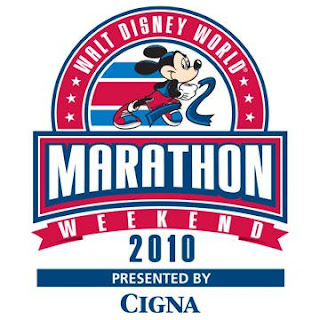 of Disney’s Wide World of Sports® and tooday they announced the continuation of the Champion Innovation Lab at the Walt Disney World® Marathon Weekend presented by CIGNA.

The Champion Innovation Lab brings to life its "How You Play" mantra through the experiences of real, everyday athletes. This year, the 2010 Innovation Lab works with runners, race-walkers, and wheelchair athletes from all skill levels to test Champion Athleticwear. Part of the group consists of the "Perfect 17/" The Perfect 17 are a unique group of runners that havee participated in the Disney Marathon Weekend since its inception 17 years ago.

Champion believes that in order to develop a great line of performance apparel, they need to get real feedback from everyday athletes who participate in the Innovation Lab. Claire Powell, Director Champion Brand Marketing said, “We are excited to bring the program back to the Disney Marathon Weekend for a third year to see how the athletes have responded to our products.”

Participants were given a variety of Champion performance apparel and, star 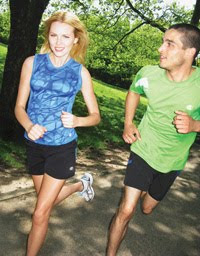 ting in September 2009, asked to catalogue their experiences in a Training Log and share real-time insights with the Champion New York Design Team and Champion Athleticwear Consumer Research. The runners received apparel from the brand’s Double Dry® line featuring wicking technology, compression tanks and briefs and athleticwear from the Seamless product line. Questions in the log covered topics such as pace, weather, route (e.g., trail, street, treadmill), comfort, fit and washing machine care. Runners were also outfitted in Champion apparel for the Walt Disney World Marathon Weekend events and will be announced as Champion Innovation Lab participants when crossing the finish line this weekend!

“Perfect 17” runner and Champion Innovation Lab participant Seth Elsheimer said, “It's refreshing to see a brand that has stayed focused on regular, everyday athletes who are competitive as well as those who just want to have a good time and be active.”

Be sure to see the Champion Innovation Lab athletes take on the Walt Disney World Half Marathon this Saturday (January 9th) and the full marathon on Sunday (January 10th) which will take runners through all four Walt Disney World® Theme Parks starting at Epcot®, continuing on to the Magic Kingdom® Park, Disney’s Animal Kingdom® Theme Park and Disney’s Hollywood Studios™ and then back to Epcot® for an exhilarating finish.
If you haven't tried Champion's athleticwear, be sure to check out their website or check out some of their lines at Target. While you're at the website, be sure to sign up for their catalog. My kids love it when the new Champion catalog arrives!
Posted by RunnerDude at Thursday, January 07, 2010

I didn't know Champion was just up the road in NC! I'm sure you haven't tried them, but I LOVE the Champion sports bra line at Target. Great quality, inexpensive, and fantastic color selection! LOL! Just thought I'd share for the ladies

I too love Champion sports bras! This was great to read!

I am always more willing to support a company that invites and genuinely wants feedback from their customers. Thanks for the post. I'll give the Champion line a closer look from now on.

Hi Christinaleigh! Welcome to the Blog!

Sure think Frank! Let me know how you like Champion if you try them out. Think you'll be surprised. Welcome to the blog!

I am always at Target. My wife and I live there it seems. I havent shopped for Running wear there, but will take a closer look at their selection. I am always a potential buyer of less expensive running wear (shorts, tops) verses paying for high branded gear, unless Im looking for something particular. THanks for the bump on the shoulder, Ill have to take a look. I recieved an email actually today from the Champion lab with some same info on their stuff and Disney. Great Post RUnner DUDE!

RunnerDude,
Cool Blog. I've run accross your blog searching for a particular running shirt. I ran my first marathon in WDW this weekend. I'm looking for a long sleeve T that says "I Did it" on the front and has a map of the marathon route on the back. I sure would like to purchase one but don't know where to get one. I was thinking it was a Champion shirt. Thanks in advance for any information you could provide.