Beware of the Ambition Trap! 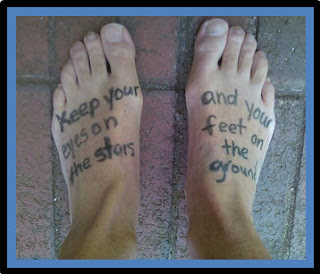 If there's one thing that can get a runner into trouble, it's ambition. Now don't get me wrong. There's nothing wrong with being ambitious. Ambition has built sky scrapers, discovered cures for diseases, founded institutions of higher learning, and even invented The Clapper. "Clap on. Clap off. The Clapper."

Good advice, I find myself being in scenario #2 (although not racing every weekend). It took a lot of training and experience to understand the concept that you wrote about about needing to to keep up your base mileage and allow for some recovery before races. I tried to do 2 marathons just 3 weeks apart back in 2008 and did great in the first marathon, and terrible in the second and will never do that again... since then I space them out a bit more and plan my training for it to allow for adequate recovery and base mileage before hitting the next race, it really does keep you conditioned.

Great blog. You should post that a few times a year. Like every November/December and sometime in the spring as well. When people are filling out their race calenders for the year. I've put a little to much on mine, not too close together just a lot of events, add in weekends where I'm working and it can be a lot. Awesome fun though!

Hi jokach! Yep, I learned my lesson in '07 when I ran two marathons back to back. Ended up with a stress fracture in my heel.

Hi Derek! Thanks man! Great idea about reposting this in the fall and spring. The racing is fun, makes it hard to pair-down that list.

Loved scenario #1 -- cracked me up. I am a race junkie myself. And it is because I HAD TO fit in 20 races last year that I injured my hip. It was the 20th race that did me in. If I had only stayed with the 19, I would have not been nursing an injury for 3 months.

Great advice thanks for sharing.

Great advice - a little moderation makes everything better. Ambition is important, but one step at a time.