No Pain No Gain....Doesn't Apply to Your Knees! 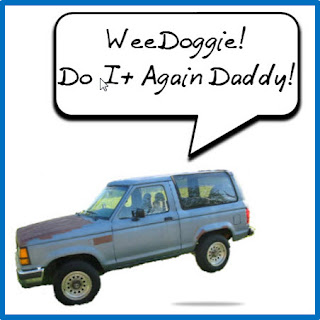 As a runner or any athlete for that matter, you often here people say to "Work through the pain." or "No pain no gain." For the most part that's true, especially if you're exposing your body to something new, be it running for the first time or changing up your normal running workout routine by throwing in some intense speed work. Your body is going to react with some soreness. This for the most part, is what's supposed to happen. You're breaking down muscle and it's the repair of that muscle that makes you stronger.

However, when it comes to the knees, you need to throw that logic out the window. If there's anything in your body that you want to protect it's your knees. Think of you knees as Mother Nature's gift of shock absorbers to your body. With every step you take when running, your body receives an impact of several times your body weight. Your knees work to help absorb some of this force.
-
The problem with knee injuries is knowing what exactly is going on. It could be the knee joint or it could be the surrounding muscles, ligaments, cartilage or tendons or some combination of any or all of that "stuff." Best to let a sports doc determine the problem rather than guess your self.
I used to have an 18-year-old Ford Bronco II. That thing was ugly, but it sure was fun to drive. No air and it would hardly do 60 on the highway, but it was a good old truck. Every time we'd hit a bump in the road you'd feel it and go flying. My youngest used to sit in her car seat in the backseat and yell "Weedoggie" "YeeHaa!" "Do it again Daddy!" every time we hit a bump in the road. That is until the shocks went out. Oh man, then every time I hit those bumps, you didn't bounce, you just felt like you hit metal to blacktop. No fun at all. That's exactly what your knees can feel like once you've damaged your knees' shock-absorbing abilities. Problem is that you can't just drive into your local garage and ask for new shocks for your knees. The Bronco? Well, yeah, it lasted a few more years.
So, to avoid the Bronco II Syndrome, when you're feeling pain in the knee and it doesn't go away in a day or two, get yourself to the doc. Yep, he may say you have to stop running for a while in order for things to heal, but that's better than going to the doc after it's gone on too long and have him/her tell you to stop running altogether.
Running in itself is not bad for your knees. More and more research is showing that that old non-runner's excuse of "Oh, I don't run, it's bad for my knees" just ain't so. But, there can be things such as a biomechanical problems (like severe over pronation) that can contribute to extra stress on the knee which eventually will result in knee pain.
Mother Nature was pretty ingenious when it came to designing the knee. Your knees aren't just bone against bone. (That makes me hurt just to think about it.) In between those upper and lower leg bones and the petella is cartilage and something called the synovium. When you think of the synovium, think of a ball bearing. That's basically what it acts like in the knee. The synovium absorbs fluid called synovial fluid and it's this fluid that makes it so that the bones move smoothly over each other. There's even more cushioning called bursae. Bursae are fluid-filled sacs that are found around your knee joint. Actually you have bursae near or around most of the joints in your body. Ever hear of bursitis? That's a condition that happens when one of more of your bursae around a joint become inflamed.
Have you ever been for a run and then later when you try to get up your knee or knees have stiffened-up so much that you can't stand? Or maybe you've been on a long drive or sat in a movie and the same thing happened? If the stiffness is so bad that you can hardly stand, that's not just regular exercise-related stiffness. That could be something much worse called Plica Syndrome. Plica is tissue that sits around both sides of the knee cap. If you've ever fallen and landed on your knee, especially if you twisted your foot in the process and ended up with a sore knee, more than likely it's due to bruising of the plica tissue. A little rest and it usually heals and goes away. However, if the pain is the result of a biomechinacl problem like severe overpronation or maybe a really weak posterior chain (the muscle groups along the back side of your body - glutes, hamstrings, calves) this can cause your knee not to track properly which can inflame the plica tissue causing severe pain.
Some of you may be thinking...well it's just that tissue that's sore, no big deal. Well, if you let it go too long, it can definitely become a big deal. Over time, that inflamed plica can develop scar tissue and get thick. Once this happens rest and ibuprofen ain't gonna fix it.
So, let's back up a little... the biggest lesson from this post is, if you're knee hurts either from stiffness, soreness, dull aches or sharp pain....go get it checked. Better safe than sorry. Remember that old saying, "An ounce of prevention is worth a pound of cure."
Posted by RunnerDude at Thursday, March 25, 2010

great advice! Occasionally, I get pain in my left knee. when this happens I take a few days off from running and do a cross training activity such as biking or swimming.

Great piece. One of my pet peeve questions is "Oh, you run. Do you ever have any trouble with your knees?" Thankfully, no.

Great article and so very true. Thanks for sharing!

Hi, Runner Dude! New reader, here! I cannot believe I didn't know about your blog! It's very informative and entertaining.

Have a good weekend!

Howdy everyone! Thanks for the great feedback. Greatly appreciated as always!

Hey Psyche! Welcome to the blog!!!

Very great and cool information. I hear so many people give that excuse. "Its bad for my knees" And yet they havent even tried it out yet. Yes, better to get in and get it checked out before ...... I dont wanna say. Great Post as always man. Even though I dont post comments, I always make sure I catch the latest news from the dude from NC. Take care bro!

I couldn't agree more with your statement: "Best to let a sports doc determine the problem rather than guess your self."

Early and accurate diagnosis can often provide a fast and effective remedy for knee problems.

That said, the accuracy of the diagnosis is extremely important. A friend of mine was misdiagnosed and advised to manage his knee pain with pain-killers and glucosamine tablets until he was ready for knee surgery.

When we looked at him, he only required new prescription orthotics and some exercises to change his walking and running style! ( Two years later he still has no recurring knee pain ).