Have You Entered the "Stink Test?" 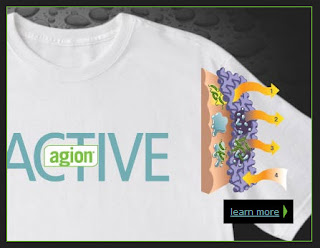 If you're a runner, then more than likely you have some clothing that has that awful B.O. smell in it that no matter what you do to it, it just won't go away. There are some good detergents on the market now that do a pretty good job of getting rid of that odor, but wouldn't it be great to have a technical fabric that prevents the odor from happening in the first place?

Agion Active is the newest in “anti-stink” treatments for clothing and gear, invented by Boston-based Agion Technologies. In the future, you’ll see sportswear companies selling clothes that have Agion Active manufactured right into them, eliminating odors and making the world a much fresher-smelling place.
-
Agion Active was developed to provide intense defense against odor – and is the first and only textile treatment that handles microbial based odors and ambient, absorbed odors. This dual confidence shield clearly outperforms today’s other odor technologies.
-
Agion is actually letting consumers try out this treatment for themselves, by visiting http://www.stinkatnothing.com/ and participating in a “Stink Test.” You'll receive a shirt treated in Agion Active for you test out on your own.
- 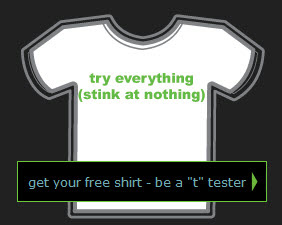 Agion Active dares you to give it a try and push this shirt to the limits, wearing it while doing any sweat-inducing activity you can think of. Then, smell the shirt – they guarantee the side that’s been treated with Agion Active won’t stink at all!
-
People that test it out and tell their stories are automatically entered into a contest to win an outdoor adventure vacation for two.
-
So, give it a try! It's a rare opportunity to be in on the product development. Let them know what you think and get a chance at winning a great vacation prize too!
Posted by RunnerDude at Monday, March 22, 2010

Interesting. I'd like to give it a try and I know of some others I would like to have try it :)

was running a half yesterday and found myself behind a "stinky" runner. motivated me to pass him, which i did

Hi Jill! I had a similar experience. LOL! Does make you run faster! LOL! If you take the "Stink Test", let me know what you think.

Jill--maybe you can get some samples and pass them out next time you encounter that! RunnerDude--sounds like an interesting product. I'd be skeptical until I tried it.

Hey MissZippy!Yep, I'm going to do the stink test myself. I'm hoping it works well, cause I can stink up some running clothes! LOL!

Sounds interesting. I have had to throw away shirts that reached "BO-max" before they wore out.

This is good:) I hate racing in the summer as I always seem to end up behind some guy who hasn't showered, has stinky clothes or a combination of the two. Mind you, it does force me to pick up my pace.

I unwittingly entered the stink test when my husband told me after a long run that I smelled really bad. Ah, love.

I am a sweater, a profuse sweater..I will definitely enter the stink test in or to tame the stink.

Hey Runnerdude
I have another stink issue. My smell right after a run is... not fresh, as my daughter would put it meanly. I think she describes it as dead fish. How lovely.
Then it turns to the smell we all love and curse. lol