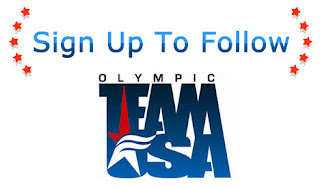 Team USA contacted me to see if I'd mind spreading the word about Team USA and the upcoming Winter Olympics in Vancouver. While there's not much running going on in the winter Olympics, if you're like me you're still glued to the TV watching the skiing, luge, bobsled, and ice skating, just to name a few. So, of course I said, "Sure!" They have some really cool ways for you to participate and be updated on the events during the games.

On February 12, the world will gather to watch top athletes from around the globe compete in the Winter Olympic Games in Vancouver. Athletes from Team USA, who have been training their entire lives will take the stage to represent our country. Anyone who registers on Teamusa.org will have access to the latest info and will receive exclusive updates throughout the games.

During the Olympic and Paralympic Winter Games, the U.S. Olympic Committee invites you to be part of the action! Sign up now to receive exclusive access information, previously available only to the U.S. Olympic delegation.You will receive the following insider information during the Games and beyond: 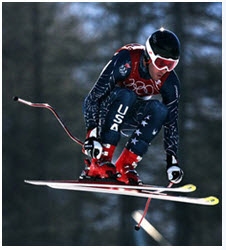 Victory in Vancouver is a state-by-state, hometown-by-hometown effort to help the U.S. athletes who are our fellow Americans and neighbors achieve their dreams of winning top honors at the 2010 Olympic Winter Games in Vancouver, Canada!

It's been almost 80 years since Team USA won the most gold medals at the Olympic Winter Games, and they're ready to do it again. Your gift today can bring the United States to Victory in Vancouver! Be a part of this historic bid for Olympic glory with your gift to the U.S. Olympic Committee.
SPECIAL OFFER:
Receive a Team USA fleece jacket FREE with a donation of $20 or more. For America's Olympic and Paralympic Teams, the Olympic and Paralympic Games don't take place every four years — they're every day! When you give to Team USA, you help all of our athletes: Olympic and Paralympic. They use your support to get ready for the world's most intense competition.

Proudly display your support for Team USA with this U.S. Olympic fleece jacket! To donate, just click on the banner below!

Posted by RunnerDude at Wednesday, February 03, 2010