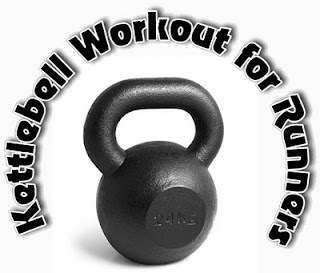 One of the greatest things about working on RunnerDude's Blog is the hundreds of people I've gotten to know who are scattered all over the country and the world. The blog has a growing readership in Canada, Europe, Australia, and South Africa. There are people I stay in contact with on a regular basis that seem like they're right next door, when in reality they're an ocean away.

One such person that I've come to know is Tommy Matthews. I first discovered Tommy on Twitter and soon discovered his website and his workout videos at ExtremeKettlebellsTV.

Tommy is the Managing Director of The Optimal Life Fitness (OLF) Group, OLF run educational courses across Europe, Australia and South Africa. As well as running the OLF Group Tommy still has his passion for training people and can still be seen on many of OLF’s educational courses, working hands on with personal trainers to further their development.

Tommy’s skills and knowledge in training have come from years of working with some of the world’s top fitness professionals, kettlebell athletes and strength coaches. He’s trained with arguably some of the greatest kettlebell lifters ever, master of sport Valery Fedorenko and the all time great Pantelai Filikidi, who is master of sport in four different sports. Tommy was one of the first two lifters in the UK to complete the AKC certification. Before his work with the AKC in Greece he spent some time with Steve Cotter, which is where he got his interest for kettlebell sport. He has now trained with Gregor Sobocan and was lucky enough to spend some time with Steve Maxwell. Tommy’s passion for learning from the best transfers to his own teaching where he expects only the best from his clients and students. His belief that the body is designed to move and lift translates to his style of presenting; fast, dynamic and exciting!

I asked Tommy if he'd create a Kettlebell Workout for Runners. Being a great sport, Tommy, did just that. He's created a simple but extremely effective workout for runners that's great for the novice to the elite. Thanks Tommy!

Kettlebells are awesome I love em! Been doing them for a few years now.

Hey Boris! That's awesome. You have a kettlebell competition coming up in March, don't you?

bit tricky getting time to do my long runs these days 18k is the longest to date this year but it'll happen.

Usually start to flag in the last 20% of races, shoulders being the main issue.
Have been looking for some running specific kettlebell stuff, admittedly not looking too hard, but this is ideal. I like the windmill, can feel it working well.