If you're training for a spring marathon, then many of you are about to head into your Taper Time or as I call it sometimes... Taper Tantrum time. Of all the many weeks of training, these last three weeks can often be the most difficult. 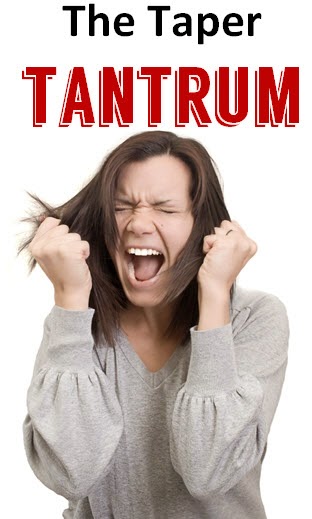 A non-runner looking in might think, "Cool! Now you get to run less. Rest. Recover." But a runner's mind is often thinking, "I'm losing my mojo. I'll get weaker if I don't keep running 20-milers up to race day."

The last three weeks are extremely mental for runners. Lots of head games and self-doubt can creep in. Many can find themselves in trouble when instead of heeding to the taper, they try to make up for all the "lost runs" from their training.

Family members of endurance runners know exactly when their loved ones are in their taper. They're grumpy, grouchy, talking to themselves, doubting, irritable, and on edge. Just ask your significant other or your kids. They'll tell you, you act like a trapped animal.

Typically a full-marathon taper begins 3 weeks from race day. The first week is usually about 75% of your longest mileage a week (which is usually the week right before the taper). Most of the decreased mileage comes out of the long run. So if your last long run before the taper was a 20-miler, then your first taper week long run would be 15 miles. The second week into taper is about 50% of your longest mileage week. So, your long run for that week would be 10 miles. The last week is the week of the race. Your long run for that week is your race. You run that week, but very little and while you can have a speed workout early or mid week, it should be more around race pace instead of blowing out your usually tempo or interval pace.

Rest for many runners means weakness. This is a HUGE misnomer. Rest is Strength. Rest is Stamina. Rest is endurance. Rest is rebuilding. Rest is improvement. Rest is growth. Rest is repair. In reality, a runner could probably do no running those last three weeks and end up having an awesome race on race day, but many would end up in the mental ward with no running for 3 weeks.

It's kind of funny how runners all during their training will moan and groan about all the running, the aches and pains, the fatigue (myself included), but then when they're given the gift of a taper they freak out. Research has shown that runners that don't heed the taper hit the "wall" sooner in a race than those that took advantage of the taper. These non-taper runners also have a tendency to peek a week or so early. The taper is a time for rebuilding your body. Giving it time to repair from the weeks of hard training. It's also a time of preparing mentally for the race. Use this time to think strategy. Look over the race course. Learn where the hills are, where the long flat stretches are. Think about the weather conditions. Are you prepared gear and clothes wise for any weather condition that possibly take place on race day? Are all your trip arrangements in place.

Embrace the taper. You'll be glad you did on race day.