The Beauty of a Good Run 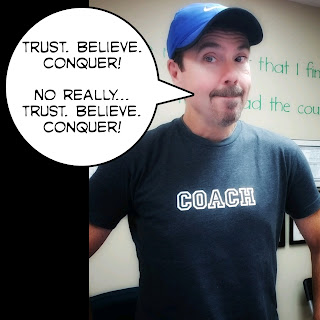 I love it when my fall race trainees who are training in the summer have a mild temp/weather run day. They finally get to see their hard work is paying off.

I've preached (my pastor dad would be proud) the High Dew Point sermon over and over, but for most runners, they still internalize a poor run as a reflection of their effort or lack there of.

Dew point is the temperature at which water condensates. The body's first course of action for cooling itself is through the evaporation of sweat from the skin. But on high dew point days (70° and above) the sweat will not evaporate. It just stays on your body.

The body is an amazing thing and your brain is like a super computer. When one cooling system shuts down or is working poorly, it kicks in a backup system. In this case, the brain diverts oxygenated blood to the skin to help cool the body. That's a pretty awesome backup system...unless you are training for a marathon.

Temperature can be deceptive. You can have a milder temp day, but if the dew point is still high, your run is going to feel labored. If you try to push yourself to run harder on a high dew point day, you can actually run the risk of heat exhaustion as well as put your heart at risk from so much demand being put on it trying to cool you off and make you move.

Research has been done comparing running at altitude to running in high dew point. Results are very similar, because in both scenarios, runners are running in oxygen deprived situations. The problem is, if a runner goes to Denver to train at altitude, that's really cool. Just running in hot/humid NC seems normal and instead of runners realizing they are getting the same benefits as running in Denver, they get down on themselves, often pushing themselves harder, making things even worse.

Then comes a day at the end of August, like my runners had yesterday, where in the early morning, the temp and dew point is low and they had awesome runs allowing themselves to see the progress they've actually made over the past two months.

Funny part is hearing them exclaim, "Wow! That was awesome!" "Wonder why that run was so great?" "I felt better, even though that was the longest run I've ever done!" I run so much better when it's cooler."

Some have realized it, but others haven't yet made the connection that yes, the great weather allowed them to see the fruits of their labor, but that it was all that hard "smart" labor on those oppressive run days that provided the foundation for the awesome run they just had, not the milder weather.

The RunnerDude mantra is "Trust. Believe. Conquer!" It is a catchy mantra, but it's the meaning behind it that's important. Trust in your training, believe in yourself, and you'll conquer your goals.
Posted by RunnerDude at Sunday, August 26, 2018