The Lowdown on the Ketogenic Diet for Athletes 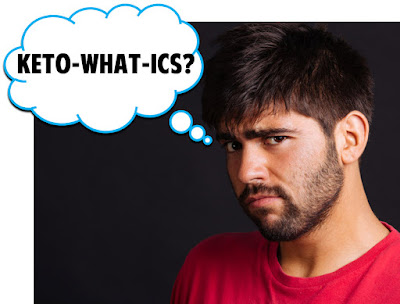 Ketogenics....isn't that what Michael Jackson wanted to do with his body after he died? Oh yeah, that's Cryogenics. My bad.   Well, I'm sure you've probably heard the term Ketogenics, even if you're not sure what it is.

The diet world is always a flutter with the newest this and the newest that. Actually, there really isn't anything new, it's just a new name for low-fat, high-fat, low-carb, or only eat Twinkies diet.

Many years ago we had the Atkins diet which was low carbs, then we had the Paleo diet which had many eating no carbs and getting in tune with their caveman ancestry, and now we have Ketogenics. All are really pretty similar in theory....Carbs are bad.

Ketogenics is all the buzz because it's often pitched as a beneficial diet for athletes. Being a coach and fitness trainer, I'm often asked about current nutrition trends. While I'm not a nutritionist and in the state of North Carolina I legally can't provide individual nutritional advice, I do try to keep up with the reading to be current on the latest research.

I've had 200 hrs of anatomy and physiology education and 100 hrs of nutritional education. So, while in no way am I an expert, I do have a good basis of understanding of how the body works and functions physically and nutritionally and my ears always perk up when a diet excludes a specific food group.

So when Sanna Delmonico, MS, RDN, CHES wrote an article ""Do Ketogenic Diets Work for Athletes" for the recent issue of IDEA Food and Nutrition Tips (Volume 6, Issue 5), I was very eager to read it.

Basically Delmonico addressed the question, "What do you think about a ketogenic diet for athletes? Does it really improve performance?"

Her response was pretty much what I thought. But first what is a ketogenic diet?  Delmonico describes a ketogenic diet as a high-fat, low-carbohydrate diet, usually including less than 50 g of carbohydrate per day (Paoli 2013). Carbohydrate, which is stored in the body as glycogen, is the preferred fuel for muscle and the brain. When this fuel isn’t available, the body turns to fat for energy and produces ketosis. The theory is that since we store much more energy as fat than as glycogen, athletes have a reliable, steady source of energy if they burn more fat, and this should improve performance.

Medically speaking, the ketogenic diet has been successful in treating epilepsy in children and in some adults and has shown some promise in weight loss  and type 2 diabetes. But, and this is a big but, long term, the ketogenic diet has risks. Continued use of this diet increased the chance of kidney stones, increased blood lipids and bone fractures. This diet also leads to constipation in many because it's so low in fiber. The low fiber component can also lead to increased chances of colorectal cancer.

Delmonico says that research has shown that over time, an athlete on a ketogenic diet becomes more efficient at burning fat. This adaption takes about 3-4 weeks and during that transition time, the athlete will feel very fatigued. So, this transition should be done well before a race training cycle. The thinking is that an endurance athlete like a marathon runner or triathlete would benefit from this because they'd have a longer sustained source of fuel. However, research has shown that while these athletes have become more efficient at burning fat, it hasn't added any benefit to athletic performance. However, higher carbohydrate diets did result in improved performance.

Delmonico concludes that more research is needed on Ketogenic diets for athletes. The positions of the Academy of Nutrition and Dietetics, Dietitians of Canada, and the American College of Sports Medicine are that current evidence doesn't support the use of ketogenic diets to improve athletic performance.

Also keep in mind that the American Heart Association recommends reducing saturated fat to no more than 5 to 6 percent of total daily calories. This would be very hard to do on a Ketogenic diet.

Posted by RunnerDude at Friday, September 22, 2017