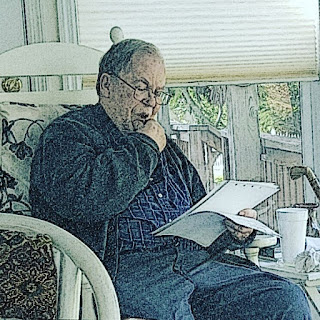 Known to many as Reverend McLaurin, Pastor, or just Preacher and “Deady” to me as a small child, Dad to me as an adult, and Papa to my own kids—my dad, Horace Lee McLaurin passed away today, January 11, 2017.
My dad and I were very different people. We didn’t always see eye-to-eye on things, but it was from my dad that I learned you could disagree and still respect an individual. My dad was a United Methodist Minister. Yes, I was a “PK” (Preacher’s Kid). We moved about every 4 to 5 years whenever my dad was assigned a new church charge. Life was an adventure moving from church to church. It was hard sometimes being a PK. Your mom singing in the choir and your dad in the pulpit. Imagine your 7- or 8-year-old sitting on the front pew by himself trying to behave. It only took one Sunday at Mt. Hermon United Methodist Church, in Graham, NC (probably around 1972) for Dad to tell me (from the pulpit) to sit up and behave. I sat pretty still after that Sunday.
While of course my dad preached about Christian beliefs and the Christian faith, he also instilled in me the respect of other religions. I never heard my dad once speak ill of someone else’s faith. Now if someone tried to tell him his beliefs were wrong, then he’d get fired up. But if you respected his beliefs, then he respected yours.
I’ve struggled with organized religion the past several years. Often what I hear sitting in the pew is not what I learned from my dad. As an adult, I’ve struggled hearing from the pulpit how “these people” are wrong, “those people” are wrong. Not talking about obvious “bad” people doing horrible things, I’m talking about different cultures, and people of different beliefs.  I mentioned this to a minister at a church I use to attend and his response was “An open mind, in questions that are not ultimate, is useful. But an open mind about the ultimate foundations either of Theoretical or of Practical Reason is idiocy.” Was I an idiot for respecting the religious beliefs of others? Being accepting of people of other faiths?
The focus of my dad’s ministry was compassion, empathy, support, giving hope, and being there in times of need. His focus was not on pointing out differences, but supporting, encouraging, and being there for the people of our faith and to those wanting to know about our faith. My dad was big on visitations. He visited the mourning, the sick and the shut-ins on a weekly basis. I can’t tell you how many of my childhood vacations were either cut short or my dad had to leave early because one of the congregation was sick or had died. My dad had to be there and we understood. I think that’s why I love coaching so much. I’m able to apply what I learned growing up and watching my dad to what I do with my runners—be there, listen, provide guidance and advice. 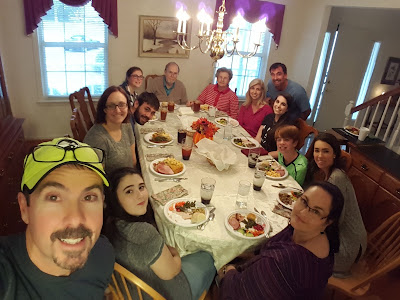 The hymn, “Joy to the World” pretty much sums up my dad’s religious views. In fact, growing up as a kid, I remember every summer, he’d have the congregation sing the traditional Christmas hymn. He would tell them that we should be joyous year-round, not just in December. What he was conveying didn’t truly sink in until many years later after I was an adult. Sometimes I’ll find myself humming “Joy to the World” during a long run. I usually don’t realize it until I’m about halfway through the song. Just happens. In fact some of my closest moments with God are while out on a long run. There have been numerous meaningful conversations.
RunnerDude’s Fitness is in existence in large part due to my dad. He provided funds that were instrumental in helping initially start my business and for that I’m forever grateful. He didn’t really understand what I was doing, but he believed in me. “Belief” is a powerful tool. That’s why it’s a part of the RunnerDude mantra— “Trust in your Training. Believe in yourself. Conquer your goals.” I’ve tried to carry on Dad’s belief in me with my own kids. Sometimes, I may not understand what or why they are doing something or going in a certain direction, but I try to let them know that I believe in them and will support them in their ventures.
My book Full-Body Fitness for Runners was a labor of love for me, but it was my dad who said I’d write a book way before I ever thought I would. I don’t think he thought it would be a fitness book, but he believed in me as a writer and so I believed in me as a writer.
I know my dad really didn’t understand me, but I know he loved and believed in me. That’s really all it takes.
My family and I are eternally grateful to the Craven County Hospice in New Bern, NC. My dad’s nurse Diane Brideson and the nursing assistants, Denise Jones and Pat were absolutely amazing. My dad was in a lot of pain towards the end of his illness and these ladies made him feel loved, cared for, and as comfortable as possible. They also helped keep his dignity intact. They were loving, caring, respectful all the while doing all the tasks that needed to be done. One of my favorite memories of the past few weeks was when during a bed bath my dad started belting out the hymn "We Are Climbing Jacob's Ladder." My dad had a good voice but he never liked to sing in front of others and yet there he was belting out this hymn he loved. Better yet, the nurses aides Denise and Pat, joined in and the trio filled the house with music. That was a pretty amazing moment that I will always cherish. Dad had been working with these ladies and the nurse, Diane, a few weeks before I met them. I met them for the first time, a few days after Christmas. In that short while they became family. 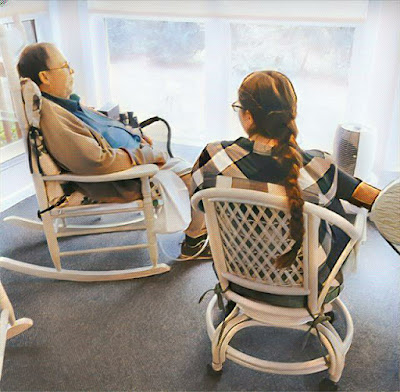 I am also forever grateful to my 21-year-old daughter Rayna who has been with me in New Bern helping care for my dad for about two weeks. Her love, compassion, and take-action care for Papa during his last days was truly amazing. I could not have made it without her these past few weeks. She and my brother, Tim were with Papa when he passed and I know it was a huge comfort for him being with both of them as he left this world.
My 25-year-old son Duncan kept the studio running in my absence and it was a huge relief knowing it was in his hands. I see a lot of Papa in Duncan. He's an old soul with a big heart.
My 16-year-old daughter Ellery helped my wife Mitzi keep the home front going. Love them so much.
And also a huge thanks to my brother, Tim. Together we made a great team working side-by-side these last couple weeks with dad.
As you move on in your daily lives take “Belief” with you. Belief in yourself as well as your friends and loved ones can change your life and the lives of those around you.
Thank you, Papa.

Email ThisBlogThis!Share to TwitterShare to FacebookShare to Pinterest
Labels: craven county hospice, family, fathers, hospice, inspiration, losing a loved one, passing of a loved one

Thank you Thad for helping me to know your Dad through your loving tribute to him. From what you describe, one of the greatest of his gifts is evidenced in you and your children....faith, or belief in each other. I know he has found great peace at the end of his suffering, and I hope you all find some comfort in that too. I will keep you all in my heart and prayers as you move through this very difficult time of grief and loss. Sending strength and love, Margaret.

Thank you for allowing me into your home. Your dad became special to me in such a short time. I was so impressed with the loving care and patience you and Tim gave both your parents. And Rayna was exceptional. Thank you for trusting us with his care. I will always remember him and your family. Love to all of you, Dianne Brideson, Craven County Hospice

I'm sorry for your loss. Your dad sounded like a good man who was loved and respected by many.

What a wonderful tribute to your father. He sounds like a truly special guy and I've no doubt he will be missed by many - and not just within your family. I really enjoyed reading this and you articulated many of thoughts I've had about my own dad and our relationship. Thanks for the reminder about what's important (and what's really just...not). Stay strong, brother.

Thanks, Chris. Writing this was very carthartic for me. Your comment means so much.

Thanks so much, Boise!