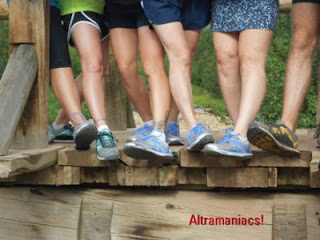 We have returned to the time of year that embraces and encourages resolutions for increased fitness. When preparing to start the fitness journey anew, being aware of choices for the best gear is an important first step.

A recent craze in fitness gear is the minimalist running shoe. A dramatic divergence from the traditional running shoe technology, minimalist embraces the idea that we should use and reinforce all elements of the human physiological design.

Since this notion is such a stark contrast from the norm of the traditional running shoe, it can be difficult to determine what may be the best minimalist running shoe choices. Particularly in an industry that enjoys multimillion dollar annual revenues, there are many details to weigh and examine.

Of course, it is important to keep in mind that any choice from the minimalist running shoe options pool will create a substantially different feel and experience for the wearer. Reduced cushion, and a thinner support structure, can leave an athlete more vulnerable to injury, if runners don't transition into them gradually.

The idea for a minimalist shoe sprang from the recent barefoot running movement. Many runners wanted the benefits of barefoot running but with little more protection and support that would still foster and promote a forefoot or mid-sole foot strike while preserving the freedom and liberty of additional contact with the running surface..

A significantly reduced heel, and lean shoe bottom, is indicative of intent to gain more feeling from the running surface. Again, it is important to emphasize that doctors and sports medicine specialists do not recommend this type of shoe for heel-based runners. If you heel-strike, you’ll need to work at modifying your foot strike to a mid-foot or fore-foot strike. Minimalist shoes won't automatically change your foot strike.

The heel-to-toe strike point was the basis for the original design of running shoes four decades ago. Cushioning and shock absorption were of paramount importance. Avoiding as much impact as possible was thought to preserve the joints, both short and long-term. However, even though there is added cushion, landing with the foot well ahead of your center of mass decreases the body’s ability to act as a shock absorber, causing more stress and impact on the ankles, knees, and hips. It also requires the runner to pull forward before pushing off which is not efficient running. Running should be a push not a pull.

Some enthusiasts believe that there is not yet enough history and data regarding use and results of minimalist shoes to compare their performance accurately with that of traditional running shoes. Interestingly, however, some studies show that minimalist shoe runners tend to be more conscientious and aware of their impact and gait. Therefore, they produce less force against the opposing surface than those who wear traditional running shoes. Minimalist shoes, when utilized correctly, also strengthen the feet and improve stance and form. 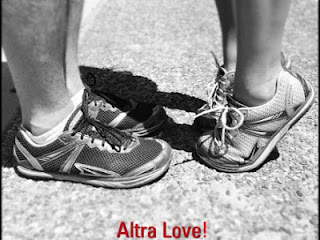 Minimalist running shoe choices span the gamut of major brand labels, and vary most with respect to tread depth. Since avoiding injury is the priority of any avid runner, finding a shoe that matches both the style and prevalence of a training routine will yield the optimal overall performance. Talking with your local running store and having them evaluate your running needs will help in matching you to the perfect minimalist shoe for your running needs.

Overall, an advantage among the choices for best minimalist running shoe is that wearing them gradually retrains the runner to develop a more effective stride. One step at a time is the ideal approach with both new resolutions and new gear.

Posted by RunnerDude at Wednesday, January 16, 2013

One great thing to come out of the minimalist movement is the development of shoes that fall in between a more traditional shoe and a super minimal shoe. For me, the Brooks Pure line has been awesome. Also, Saucony Peregrine. I like around a 5 mm drop, but also like a bit more cushioning than something like the NB Minimus. Plus, I don't enjoy taking on rocks and roots all day. More options, basically. I think people can utilize super minimal footwear as a training tool and almost get the same benefits as a complete switch to minimal.