Sleep, Do Runners Get Enough? 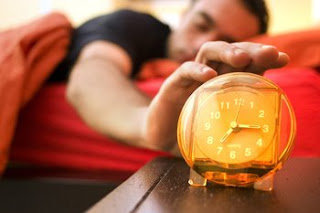 Good sleep and lots of it provides time to renourish the mind and body. It also gives you more energy and can make you less moody and irritable. Heck, it can even help you live longer! So, why do so many of us get so little of it?

Did you know that good training and a good bed are probably the two most important things to a runner preparing for a race, especially an endurance race? Research shows that most people need more sleep, but runners in particular need lots of sleep. Actually as you increase your mileage during training, you should also be increasing the amount of sleep you're getting. Your muscles use sleep to repair themselves. If you shortchange yourself on sleep then you'll be running on tired legs. Running on tired legs means running slower and less efficiently. What do most of us do when we're running slower? Be honest. We often push ourselves harder. Do you see a train wreck about to happen? One way to prevent this tragedy is to make sure you take those rest days that are scheduled in your training plan. No cross-training on your rest days. Use those official "rest days" for exactly that—REST. And, get 8-10 hours of sleep.

Many runners have reported that actually when they cut their mileage a tad and increased the number of hours they slept, they improved their race time. Richard Stark, a coach with the Running Arizona training program in Tempe said that one runner he knows cut his 2:30 marathon time down to 2:18 just by doing exactly that—a little less running and a little more sleep.


Marathon Race Day: How much sleep is needed the night before the race?
It's interesting how much sleep runners actually get prior to a big race such as a triathlon. Many will only get 2-6 hours of sleep even though they'll be racing 9-14 hours. In the clip below, see what many triathletes said about their projected hours of sleep just before the Ironman in Kailua Kona, Hawaii.

I think I need to head some of this advice and try and rest better.I never realized the importance.

Great post. When I used to prepare for track and cross country races in college- especially if they were away meets, the coaches would give us curfews for having to be in our rooms by a certain time so as to ensure that we'd at least be resting for the next day.

Now that I've graduated and don't race anymore, I still find that getting proper rest is something I struggle with and something that definitely affects my ability to perform athletically.

Hey RunningThroughLive! Me too man! I'm the world's worst night owl. But I'm hoping to set a PR at the Marine Corps Marathon in the fall, so when my training officially begins this summer, I'm definitely going to be racking up the ZZZZZZZZZZZzzzzz's

Hey Janelle! It's so simple isn't it...you train hard so you should rest just as hard, but I'm right with you....it's harder to do the resting than it is the training. We're such busy people. I read your blog. Wow! What a great achievement! Full track scholarship to NC State. Awesome! I'm a North Carolinina too. My brother is a NCSU grad. I began at NCSU but changed my major to elementary education and transferred to UNC. At the time NCSU didn't have an elementary education degree.

FYI, last year 60 Minutes / CBS News produced a great story on the general topic of the massive consequences of the growing sleep debt problem within our society. Personally, I believe the crumbling economy with associated self-imposed stress, the 24-hour news culture, the prevalence of TVs being in our bedrooms, and such interactive tools as Twitter and e-mail all contribute towards this problem. The only solution, unfortunately, is having the discipline to hit the sack early... and if improving our running P.R. or our cardiovascular conditioning is the required motivation then go for it!

Thanks Mark! I checked out that CBS clip. Good stuff. They had several clips related to sleep or lack there of.

Great post, I definitely sleep a ton more during training and I let myself because I know my body needs it. Now its going to be making sure I get enough sleep during taper :)

Hi Aron! That's awesome you're so disciplined during training! What's your upcoming race?

I luuuuurrrvv my sleep! I've forgone many of my favorite shows knowing I can catch up on those later. Can't ever catch up on sleep though.

Hey JoyRuN! You know since I've discovered I can view most of the shows I've missed for free on the internet, I get more sleep too! Now, if I could just figure out how to put my three kids on "pause" I'd get even more sleep! LOL!