Fuel for The Long Run

The long run. The nemesis of the marathon runner's training plan. You either can't wait for it or you dread it depending on a lot of factors. Most runners, particularly beginning runners, know the importance of hydrating before running and after running, but proper fueling before, during, and after the run? Not so much. Runners having unsuccessful long runs often complain of nausea, fatigue (bonking), muscle cramps, or barely being able to move hours after the run. Not all, but many of these symptoms can be avoided with proper fueling before, during, and after the run. 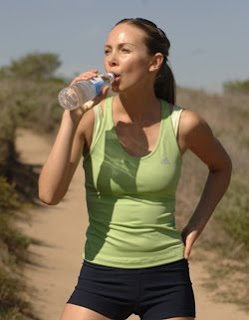 Hydration: Proper hydration actually begins the day before a long run. You don't need to drink gallons and gallons of water, but you do need to make sure your taking in lots of fluids the day before your long run. If the well is dry, drinking 8oz. of water just before your long run, ain't gonna hack it. Water is the most important part of any run especially the long run. Runners need to consume water before, during and after the run. There's no exact prescription for hydration that fits everyone. Each person is different and your hydration needs can vary from run to run depending on how much you sweat, the temperature, and your pace. Calculating your sweat rate is a great way to get a good handle on your specific hydration needs. To begin the test, weigh yourself just before beginning a 60 minute run. Record your weight. Run. Then reweigh yourself and record the second weight. It should be less than the first. Calculate and record the difference. In addition to the weight difference, record the outside temperature and the pace of your run. Each pound lost equals 16oz. of fluids. So, if you lost 2 lbs. on your run, you'd want to hydrate about every 15-20 minutes by drinking about 6oz. of fluids on future runs under similar conditions. It's a good idea to repeat this test under various conditions and speeds so you'll know how to modify your fluid intake depending on how hot it is or how fast you're running.


Water is good, but sports drinks help offset electrolytes lost when you sweat. They also provide fuel for your muscles. Some experts suggest carrying one bottle of water and 2-3 bottles of sports drinks in your hydration belt. Having the bottle of water can help you rid your mouth of that dry feeling often a result of many sports drinks. It's best to train using the sports drink that will be provided during the marathon unless you plan carrying your own. Never drink a sports drink during a race that you haven't used while training. You never know how your body may react to something new. If your system is sensitive to sports drinks, you may want to try taking small sips more frequently such as drinking 2oz every 10mins instead of 6oz. every 15-20mins. Again, experiment with this during a training run, not during the race. If you plan on hydrating using the water stops during the race, slowing down or walking to ensure you get in the fluids is fine. Drinking from a cup on the run is very different than sipping from your water bottle.

Food:
Before the Run: What you eat before an endurance run can greatly impact your performance. No food or too little food before a long run can result in fatigue. It can also cause you to burn more m 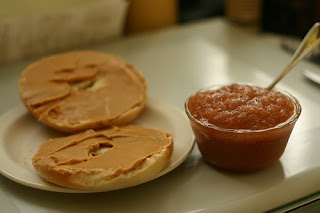 uscle which can result in injury. Lots of runners don't eat prior to a run because they fear the dreaded upset stomach. But eating just enough to stave off that hungry feeling isn't going to cut it, especially with many miles ahead of you. Just like you train to increase your mileage, you need to train your body to eat something prior to running. What you eat and how much will vary from runner to runner. You don't need a heavy breakfast, but a combination of carbs and protein is a good plan. Some prerun foods to try include:

The reason you need to eat is that you want to give your body some fuel to use before having to use its reserves. If you start off using your reserves and they get depleted, fatigue will soon follow as well as the dreaded "bonk." Fat is needed and is important in the absorption of nutrients, but avoid eating high-fat foods before a long run. These foods take longer to digest and will make you feel like a slug and may even cause you to feel nauseous on your run.


During the Run: For runs lasting more than 60 minutes, it's a good rule of thumb to take in 30-60 grams of carbohydrates every hour. Use the chart below from Runner's World to help you select some foods good for during your run. 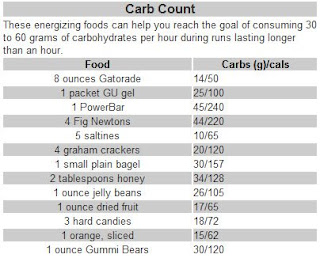 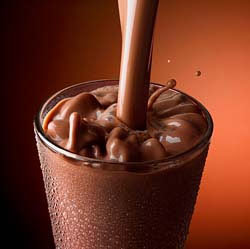 one mix of carbs and proteins within 30 minutes after finishing your run will help ensure a quicker recovery. During a long run, you deplete your glycogen stores as well as create microscopic tears in your muscle tissue. Eating a carb/protein mixture helps to restore the glycogen and repair those tiny tears. Some experts support eating 50 grams of carbs within 15 minutes of finishing your run. Good post-run eats include:

Email ThisBlogThis!Share to TwitterShare to FacebookShare to Pinterest
Labels: eating during a long run, food, hydration

As always, thanks for the great post/advice. I love all the tips you provide for any level of runner.

I am jealous, I see the weather there is a nice 68 and here in Chicago its still cold 40. BRRR!

Hey Running Through Life! Thanks! Try to make the infor practical enough that it will be of use to any runner. Yep, was a lot warmer yesterday and today. We're even having a little thunderstorm right now. Supposed to be pretty for the weekend. Hope you guys have a great holiday!

this is really helpful! i'm book marking this entry!

Hey Jocelyn! Thanks for the feedback. If you have additional suggestions for pre-, during-, or post-race eats, let me know and I'll add them to the lists.

Thanks for the post. I normally hit my wall around 90 minutes and/or 9-10 mile mark. I'm training for my first half marathon scheduled for Nov 3.