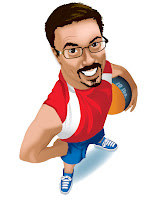 Do you live in Greensboro, NC? Are you looking to improve your level of fitness and improve your quality of life in a safe, small studio setting with a well certified, knowledgeable, and supportive personal trainer? RunnerDude’s Fitness offers that and a whole lot more!
RunnerDude’s Fitness is dedicated to helping you meet your fitness goals through one-hour and half-hour one-on-one and partner personal training sessions for...

RunnerDude’s Fitness also provides individual and group training for runners and walkers including... 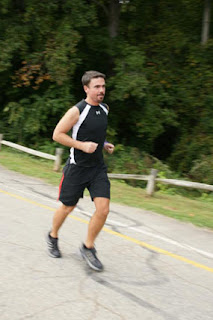 Thad McLaurin (aka: RunnerDude), his wife Mitzi, and their three kids have lived in Greensboro, NC since 1998. He's come a long way since being "that overweight kid" as a youngster. After Weight Watchers® and a 40-pound weight loss in high school, he discovered running during college and has been passionate about running and fitness ever since. (Over 25 years!) It all started with the '84 Great Raleigh Road Race 10K. He wasn't fast, but he had a blast and was hooked. 13 years later, Thad caught the marathon bug. His marathon quest began with the '97 NYC Marathon. Twelve years later, he's run 10 marathons all over the country from NYC to Baltimore to Nashville to Honolulu, and then some.

A UNC Chapel Hill grad, Thad began his career as a 5th grade teacher before moving into the world of Educational publishing where he worked as a writer, editor, and book development manager for 13 years. Thad combines his love of writing with his love of running and fitness by hosting RunnerDude's Blog. He's a contributing writing for the Landice Fitness Blog and he's also written articles for AmateurEndurance.com and Fitter U Fitness. Thad was also featured in the "Ask the Experts" section of the July 2010 Issue of Runner's World. He's also had the wonderful opportunity to interview some of running's greatest legends and personalities.
You can catch Thad weekly on PureFitRadio.com where he's the NC Endurance State Reporter. Thad's also active in the community and has been a member of the executive board for GOFAR, a nonprofit organization that prepares youngsters to run their first 5K!
Thad's biggest reward is helping others get hooked on running, fitness, and healthy living. He is well credentialed with his Personal Trainer and Nutrition Consultant diploma certifications from NPTI (National Personal Trainer Institute), his ACSM (American College of Sports Medicine) personal trainer certification, his RRCA Running Coach certification, and his USA-Track & Field Level 1 Coaching certification. He's also current with his Red Cross adult CPR/AED and First Aid training.
For more information about RunnerDude's Fitness, the various training programs, and pricing, go to http://www.runnerdudesfitness.com/.

If I were in NC and I could afford a trainer -- You'd be the one! Thanks for all the great advice.

Thanks Lauren and you are so welcome!!!